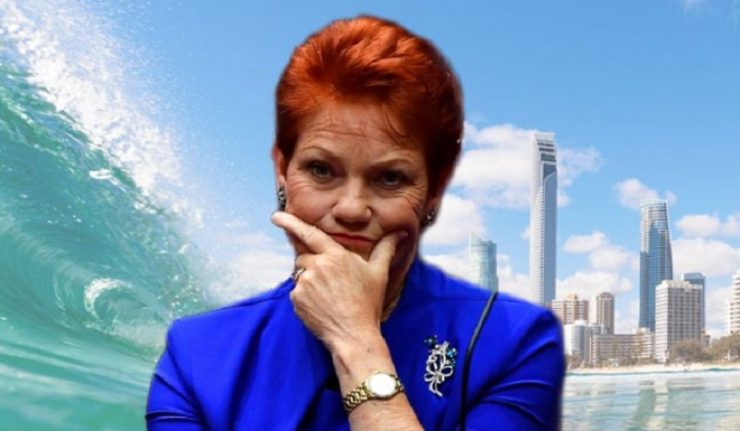 AUSTRALIAN Senator, Pauline Hanson, said that in Bali there is a lot of cow dung on the roads because the cattle are roaming around, thus making tourists from their country threatened with mouth and nail diseases that are endemic in Indonesia.

“Cows roam the streets, cattle dung on the ground, people walk on that dung and the dung then sticks to their clothes and bodies and comes back into the country,” the One Nation senator told the Australian parliament on Thursday, August 4, 2022, News.com.au reports.

The statement was aimed at Agriculture Minister Murray Watt over claims about sanitary footwear at airports and vaccines to prevent foot and mouth disease from entering Australia.

“It is very disappointing that One Nation senators continue to play politics with this issue, despite the industry’s repeated calls for them to stop … their politicization of this issue,” Watt told the assembly.

Hanson’s statement was immediately denied by the Indonesia’s Minister of Tourism and Creative Economy, Sandiaga Uno. “I expressly and straightforwardly say never to insult Bali, the icon and heart of Indonesia’s tourism,” said Sandiaga.

He uploaded the video, which was previously posted by Damian Hoo’s Instagram account, @hoointheworld. In the video Damian Hoo proves that Hanson’s statement is wrong.

The Minister of Tourism and Creative Economy said I would like to thank Mr. Damian Hoo (@hoointheworld) an Australian citizen who immediately broke the senator’s statement.

Dailymail, August 6, 2022, wrote Sandiaga Uno replied to Hanson’s comments, saying that they were unfounded and insensitive.

“Don’t distrub (our) peace, let alone our economic recovery with statements that are not true,” said Sandiaga Uno.

Sandiaga also made fun of Hanson a bit. “Oh yes, FYI, Bali is not a country. Next time, please check on Google first.” [sources/photo special]