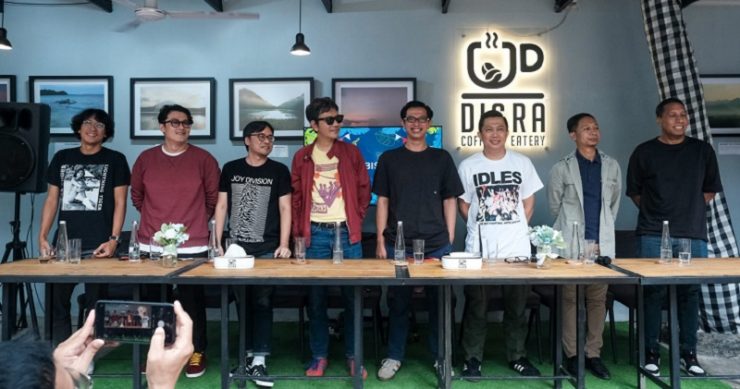 WITH THE theme ‘Summer Intimate Fest’, Allgorhythm Fest, which will be held on (8/20) at Cibis Park, Cilandak, South Jakarta, will present the excitement of a music concert this summer.

According to Ricky Ardian, Project Manager of Allgorythm Fest when holding a press conference, Wednesday (8/10) said the organizers of CF Event & Production promised a music concert that could make the mood of the millennial generation feel the warmth of the line ups it presented.

“Allgorhythm Fest is the first music event organized by CF Event & Production. With all the ideas and creativity from friends, we will try to present various genres of music that are popular today. You could say Allgorhythm Fest can also be interpreted as ‘All Together We Got The Rhythm,” said Ricky.

Ricky added, Allgorhythm has meaning, not just a name. Derived from the syllable ‘algorithm’. From here, we try to relate how we package algorithms and rhythms in one event, namely a music concert.

“And the hope is that next year we can organize it again with a better line-up and concept. However, in this music concert, there are six music groups that will build the excitement of the music concert in the Allgorhythm Fest, including The Upstair, Goodnight Electric, Ten2Five, RAN, Sore, and Motives,” he remarked.

Trans Jakarta as the sponsor fully supports the Allgorhythm Fest event, becoming a forum for the millennial generation to express their creativity and innovation in public spaces.

“Allgorhythm Fest is a gathering place for millennials where they can be at the forefront of the ‘Stop Sexual Harassment’ campaign from Trans Jakarta,” Anang Rizkan noted.

He said that the millennial generation, the majority of whom came to the Allgorhythm Fest, felt it was very appropriate to make the green movement a success and preserve the environment of their respective regions.

“This is the right time to support the country’s music industry to bounce back and musicians can meet face to face with their fans and show their musicality in working during the pandemic,” he concluded.

To get Allgorhythm Fest tickets, you can buy them online at www.allgorhythmfest.id or Go Show. The organizers will implement health protocols during the show. And the doors of the show will open from 14:30. [traveltext.id]