EVIDENTLY, THERE ARE FIVE HOTELS FROM THE HISTORY OF THE INDONESIAN NATION 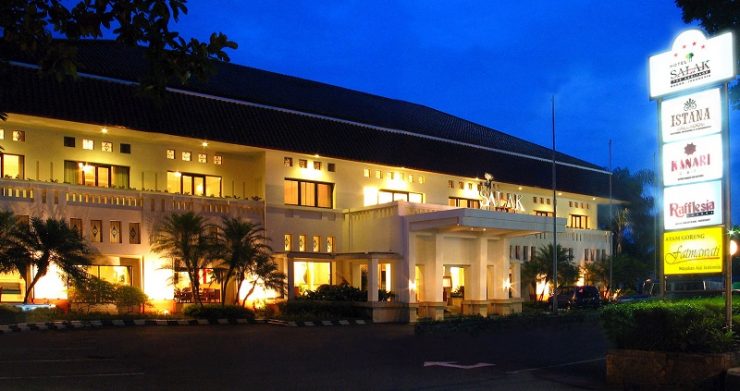 MANY old buildings are silent witnesses of the journey of the Indonesian people, some of which are now converted into hotels.

The buildings are still well maintained, even the hotel is still operating today. Here are five hotels that have been converted from historic buildings in Indonesia such as:

Several years after Telefoongebouw, this building located in Cikini was used as a government office. In 1999, the location became Bung Karno University, however, it did not last long.

It was only in 2008 that this building was turned into an inn while maintaining its historical value, especially from the style of the building and interior.

Seven years later, the Tribute Portfolio company took over its ownership and turned it into The Hermitage Jakarta hotel.

After the Dutch colonial era ended, this building was neglected. In 2017 the Brasali Group took over its ownership and turned it into a hotel.

The building was renovated, however, retaining parts of the faade with its characteristic brick and maroon colours.

3. Hotel Salak The Heritage
This iconic hotel building in Bogor City, West Java, was once a resting place for the Governor General of the VOC and Dutch government officials.

This building is used for the Indonesian government, only in 1998 changed its function to Hotel Salak The Heritage. This inn is not far from the Bogor Botanical Gardens and the Bogor Palace.

4. Sriwijaya Hotel Jakarta
This building was founded in 1863, in the form of a bakery owned by someone named Conrad Alexander Willem Cavadino. The shop sells a variety of chocolates, sweets, traditional Dutch cigars, wines and top quality groceries.

So popular, the owner turned it into a hotel, named Hotel Cavadino. Rich people came to stay to feel the atmosphere of the beautiful city and enjoy the bread made by Cavadino.

The hotel changed its name to Hotel du Lion d’Or in 1899, surviving for 42 years. The name of the hotel changed again to Park Hotel. Since the 1950s, the name has been Hotel Sriwijaya.

5. Hotel Lengkong GKPRI
History records that this Dutch heritage building was used as the Republic of Indonesia Civil Service Cooperative Building (GKPRI). The problem of costs caused the cooperative to collapse and the building was abandoned.

The government then took over this building for education. In August 2004, the GKPRI building became an inn called Hotel Lengkong, named after Jalan Lengkong Besar, Bandung, West Java, where the hotel is located. The hotel is listed as a protected historic building, while operating as a hotel to this day. [antaranews/photo special]