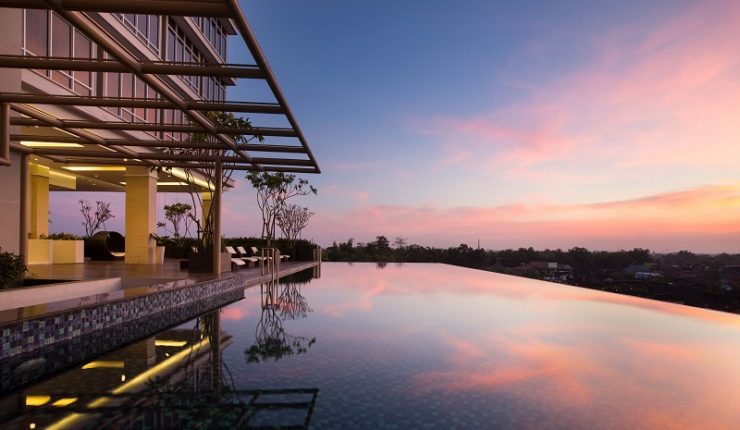 “The neighborhood is also home to local restaurants and tourist attractions such as Keraton Surakarta, Klewer Market, and Pandawa Water World. Less than 30 minutes away, the hotel is easily accessible from Adi Soemarmo International Airport and Balapan Train Station,” he said.

Surakarta, he continued also known as Solo, is a prominent destination in Central Java, Indonesia. The tourism sector is rapidly expanding thanks to cultural highlights which showcase Javanese heritage, such as textile centers specializing in wax-dyed ‘batik’ fabrics.

“We feel proud to welcome the Grand Mercure Solo Baru to our network, as the first Grand Mercure in Solo. We invite guests to experience the hospitable offerings which are inspired by the local way of life, the iconic dishes and the fascinating culture. We are confident that this property will be a great addition to the city’s tourism infrastructure,” Garth Simmons remarked.

He added that Grand Mercure Solo Baru boasts 348 modern rooms and suites offering stunning views of the city. Aligned with the group’s commitment to reducing its impact on the environment, no single-use plastic items are used within rooms, food and beverage outlets and meeting facilities.

“Grand Mercure Solo Baru utilizes curated locally sourced products from local producers, Micro, Small, and Medium Enterprises or creative industry and actively participates in the national economic recovery programme and the national tourism campaigns by the ministry of tourism and creative economy such as #BanggaBuatanIndonesia and #BeliKreatifLokal,” he noted.

Garth Simmons concluded that visitors can discover Solo with a special offer of IDR950.000,00 nett per night in a superior room inclusive of daily breakfast for two, for stays until 31st October 2022. [traveltext.id]