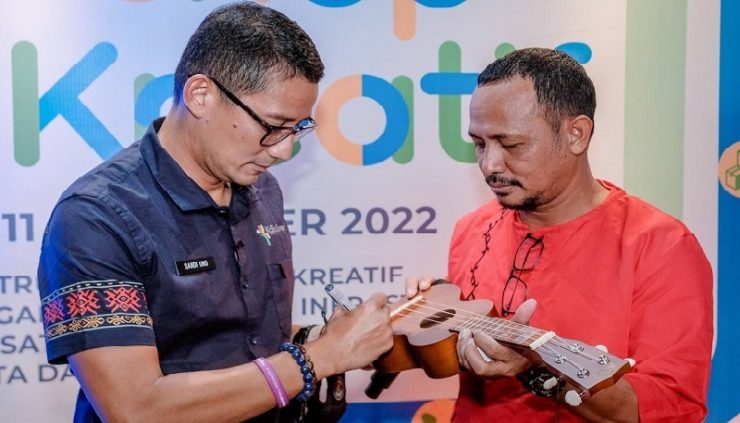 THE MINISTRY of Tourism and Creative Economy wants Ambon City to become the epicenter of music not only in the country but also in the world.

According to the Minister of Tourism and Creative Economy, Sandiaga Uno while attending the Creative Regency/City Development Workshop (KaTa) at the Ambon City Center in Ambon City, Maluku, Sunday (9/11) said I wanted Ambon City to be the epicenter of music not only in the country but also in the world.

“I invite all parties to present various kinds of music events from national to international scale in Ambon City which has become part of the UNESCO Creative City Network (UCCN). With the music event involved, it is not only musicians, all of them are involved and participate. So that Ambon can become a magnet and epicenter of world music,” he said.

In addition, music tourism is currently being developed which is focused on 10 leading tourist destinations in five sub-districts in Ambon City. Each of these music tours presents a unique and distinctive musical performance.

The development of the music ekraf subsector in the future can also be a locomotive for other related creative subsectors such as culinary and performing arts.

“This potential, if developed through innovation and creativity, and supported by technology-based promotion and marketing that can reach more people, will greatly boost the regional economy and can create many jobs,” he concluded. [traveltext.id]