INDONESIA-MALAYSIA TO BE CONNECTED BY BRIDGE 120 KM FROM SUMATERA 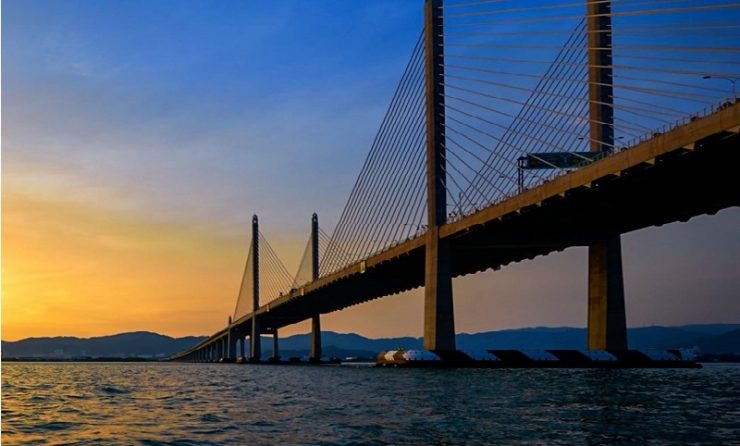 A 120-kilometer bridge or tunnel will connect between Indonesia and Malaysia. The bridge will connect Telok Gong in Masjid Tanah, Melaka, Malaysia, with Dumai on the island of Sumatra.

According to the Chairman of the Committee for Investment, Industry, Entrepreneurial Development, and Cooperatives of Melaka Ab Rauf Yusoh, as quoted from Channel News Asia recently said the proposed development will be in the form of a tunnel or bridge and will take 20 years to complete.

“The project proposal has been submitted by the private sector and the two countries have agreed in principle to conduct a detailed study on this matter,” said Ab Rauf Yusoh,

He explained that on the part of the state government, we are bringing all government agencies to visit the area of the new route proposed to be built yesterday. The project, which will be built with the concept of ‘One Belt, One Road’, will become a new icon for Malaysia and Indonesia.

The project will also involve the construction of other infrastructure, including traffic dispersal areas and immigration complexes, customs, quarantine and security. In addition, a new industrial area will be developed in stages in the Land Mosque covering an area of about 2,023 hectares.

The development of the area will be carried out by Melaka Corporation and is expected to also contribute to the opening of a new city in Masjid Tanah. [sources/photo special]