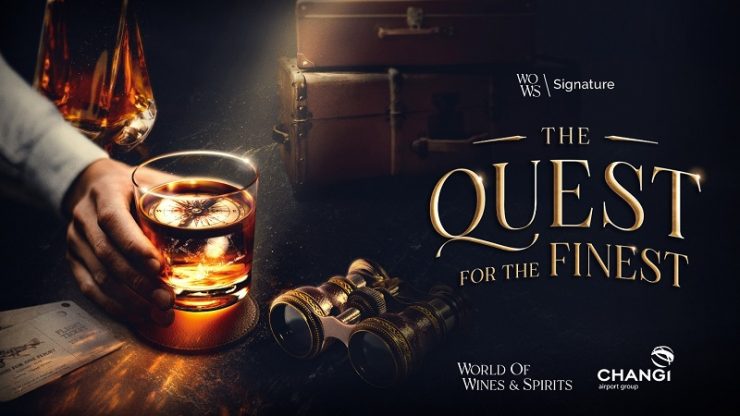 CHANGI Airport Group will present its inaugural World of Wines and Spirits (WOWS) from 30 September to 31 December 2022. In partnership with Lotte Duty Free, #WorldOfWinesAndSpirits will showcase the world’s most internationally acclaimed, exclusive and premium wines and spirits, featuring over 200 of the finest products from more than 75 brands, including first-in-the-region rarities from renowned labels at tax and duty-free prices.

Throughout this period, all alcohol epicureans are welcomed to purchase from a curated selection on the WOWS online portal http://wows.changiairport.com (which will be launched on 30 September). The extensive e-catalogue includes rare gems from esteemed labels like Bowmore, The Macallan, Midleton, The Singleton and Penfolds.

WOWS patrons can expect a personalised shopping experience: once interest in an item has been indicated, a Changi Airport or Lotte shopping concierge will reach out to serve them, facilitating queries and payment over WhatsApp, phone call, or in person.

There will also be an invitation-only online auction held on the WOWS portal from 14 to 24 October, where two of the most prized items in the world of spirits from brands including Hennessy will be up for bid, starting at SGD $225,000 and SGD $130,000 respectively. [sources/photo special]

SINGAPORE Changi Airport will reopen Terminal 4 (T4) from Tuesday (9/13). This terminal has a capacity of up to 16 million passengers per year, allowing the airline to add more flights in the future. “The...