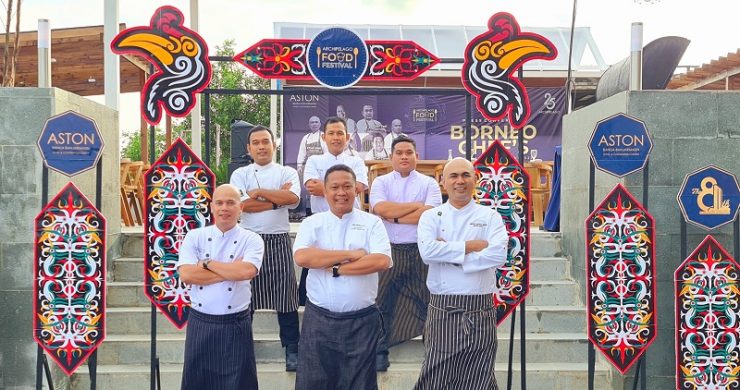 “The chefs participating in this event are Chef Yedi from NEO Palma Palangkaraya, Chef Junna from ASTON Tanjung Pinang, Chef Wahyu from favehotel Ahmad Yani Banjarmasin, Chef Sobari from ASTON Banua Banjarmasin and Chef Ano from favehotel Banjarbaru. The event will also be enlivened by a food parade to the accompaniment of music and traditional dances typical of Dayak, Kalimantan,” he said.

Meanwhile Chef Windoe, Archipelago International’s Corporate Executive Chef said that the Archipelago Food Festival at ASTON Banua Banjarmasin is the 16th AFF that we have held in various cities in Indonesia since the end of 2021. Of the four main pillars of Archipelago, one of them is ‘Rich in Culinary’.

“Which means that culinary is a priority area at Archipelago hotels. Lifting the natural product of Banjar, namely catfish, these great chefs will process it into a variety of delicious dishes ranging from canapes, various soups, to main dishes cooked in live cooking in the 6 stalls provided,” Chef Windoe remarked.

Likewise, Sari Kusumaningrum, Director of Corporate Communications & PR Archipelago Int’l said that apart from Rich in Culinary, Archipelago also has a pillar of Rich in Traditions, which has the meaning of upholding cultural values ​​in each area where the hotel is located.

For example, sehe continued that ASTON Banua Banjarmasin, the island of Kalimantan is known as the Dayak tribe and the Sasirangan cloth, as well as their traditional dances, which are also presented in this ASTON Food Festival.

“We thank all those who have supported the implementation of this event. And we hope that in this 8th year, ASTON Banua Banjarmasin can continue to advance and develop, and become the first-choice hotel for the community while in Banjarmasin City,” she concluded. [traveltext.id]