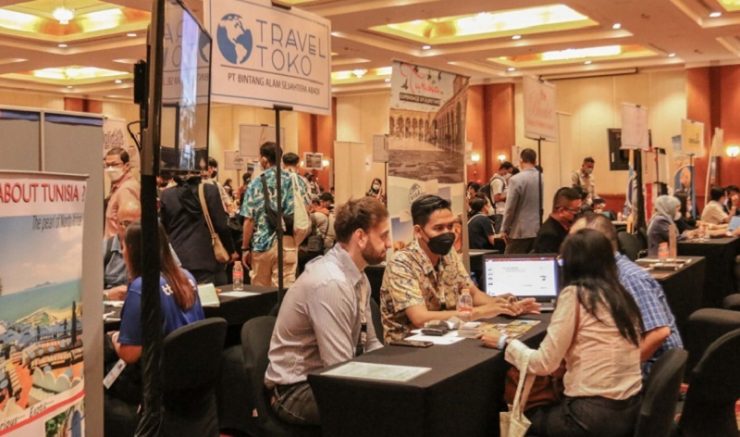 “For TTC Travel Mart International, there are 55 tables in Bandung consisting of 60 sellers, then 50 tables in Bandung. Why Bandung? Because it has a big market for traveling. In 2016, we managed to bring 180 travel agents from Bandung and around Bandung,” he said.

Kidung added that there are also interesting issues brought by travel agents from various countries, namely the high price of airline tickets, visa licensing to Europe, health protocols that are still valid in several countries. As well as the issue of Japan which has begun to open its borders as of today.

“Along with many countries that have opened their borders without any obligation to quarantine which is burdensome for tourists. This is of course a breath of fresh air for tourists who can’t wait to go back on vacation,” he said.

The enthusiasm of tourism players was also felt by the business-to-business travel platform tbo.com. The platform provided for travel agents admits that people’s interest in traveling has improved.

Meanwhile, Elsa, the Sales Manager of tbo.com explained, tbo.com was present at TTC Travel Mart International in addition to expanding market reach and branding, as well as updating the data base of travel agents after the COVID-19 pandemic.

“It must be admitted that the wave of pandemics around the world has also affected travel agencies, both small and small. This tourist exchange is the right moment for us to repair the data base, which has been disconnected from communication for a while,” she explained.

It should be noted that tbo.com, she continued headquartered in Dubai and India, apart from being a player for the whole sale of hospitality, also offers flight tickets, car rentals, and also offers domestic and international tour packages.

“Most of those who have started ordering to our platform are corporate groups, both for inbound and outbound. There are also many solo travelers, but the tour packages are still limited, such as Jakarta, Semarang, Surabaya, Malang, Kediri, and Bali,” she concluded. [traveltext.id]