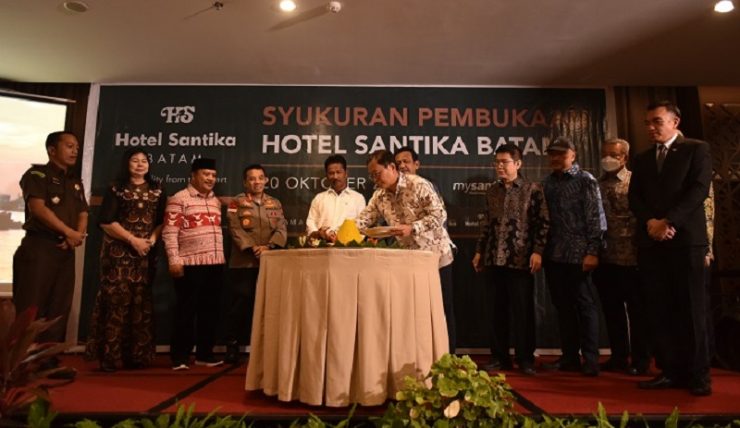 “Our position is very strategic, namely at the Batam Center roundabout. So, we are confident and optimistic that our hotel will be the main accommodation choice,” he said.

He explained that Hotel Santika Batam is a 3-star hotel that has 136 rooms with 3 types of rooms: Superior, Deluxe and Suite. Other facilities include a meeting room, gym and swimming pool. Located in Batam Center, Hotel Santika Batam is equipped with Gurindam Restaurant which is located on the 11th floor and offers the best view of Batam city.

“The public facilities such as Hang Nadim International Airport, Sekupang International Fery Port, hospitals, shopping centers and various business centers can be reached only by a 15-minute drive from Hotel Santika Batam,” he remarked.

“Until now, the property of Santika Indonesia Hotels & Resorts has spread in more than 40 cities in Indonesia with 7 main brands: The Samaya and The Kayana which are members of The Royal Collection as boutique villas, The Anvaya 5 stars, Hotel Santika Premiere 4 stars, Hotel Santika is a 3-star hotel, Kampi Hotel is an instagenic 3-star hotel and Amaris Hotel is a Smart Hotel,” he concluded. [traveltext.id]