HANDICRAFT EXHIBITION ‘INACRAFT ON OCTOBER’ HAS BEEN OPENED AT JCC 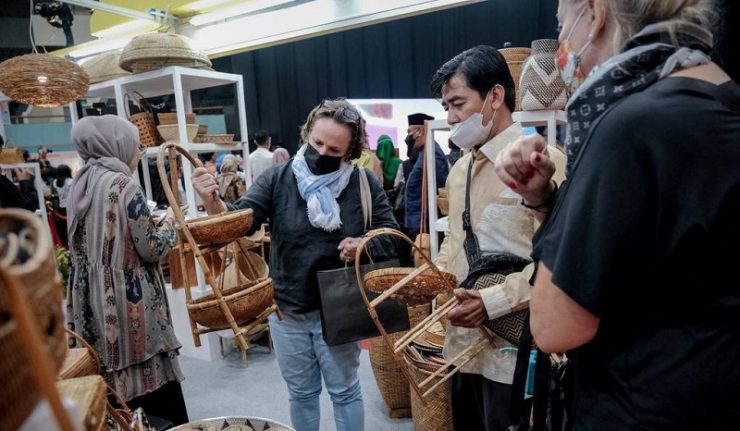 THE HANDICRAFT exhibition ‘Inacraft on October which was opened by the Minister of Tourism and Creative Economy, Sandiaga Uno at the Jakarta Convention Center (JCC) Senayan, Jakarta, Wednesday (10/26) said Inacraft is a brand that has become an icon for MICE events (Meetings, Incentive, Convention, and Exhibition) in Indonesia which has the potential to promote the products of the country’s creative economy. Especially through the use of digital platforms.

“Inacraft is also a digitalization momentum for creative economy actors. Because I believe this creative (economy) player needs to be digitized. I think this exhibition is also a momentum to stimulate the economy and open up the widest possible employment opportunities for the community,” Sandiaga said.

Sandiaga explained, Inacraft is one part of the creation of 1.1 million jobs this year and 4.4 million new jobs in 2024. The Inacraft on October exhibition is part of efforts to develop and strengthen the creative economy sector in the face of a recession that is predicted to come happen in 2023.

“I believe that with Inacraft’s activities, in increasing Micro Small and Medium Enterprises (MSMEs) sales, we will be able to mitigate the potential for a recession next year. The “Inacraft on October” exhibition will take place on 26-30 October 2022 and will be attended by hundreds of MSME players from various regions in Indonesia,” he concluded. [traveltext.id]