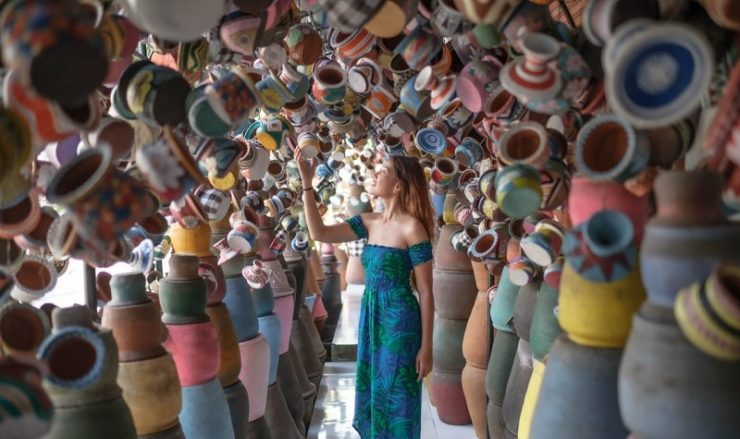 THE HOLDING of the G20 Summit has many direct benefits for Indonesia. It is predicted that its contribution will reach US$533 million or around IDR7.4 trillion in gross domestic product (GDP), including an increase in domestic consumption of up to IDR1.7 trillion.

“We have held many events since December 1 last year. In total there are 438 events in 25 cities in Indonesia with various levels of meeting levels. The whole series provides great benefits, especially in encouraging economic growth,” said Secretary of the Coordinating Ministry for Economic Affairs Susiwijono Moegiarso at the online #G20Updates press conference entitled “Benefits of the G20 for the Community, Thursday (11/3).

He added that from the entire series of activities, both at the main event and at the side event, the G20 Presidency was able to absorb up to 33 thousand workers. Especially from the transportation, accommodation, Meetings, Incentives, Conventions & Exhibitions (MICE) and Micro Small and Medium Enterprises (MSMEs) sectors because every event always involves MSMEs.

“When compared to the annual meeting in 2018, the real benefits can be 1.5 to 2 times or even more,” he explained.

Susiwijono said that another thing that could be seen was the start of the economy in Bali. For example, from August to the end of September, there were about 15 ministerial meetings, in terms of traffic, it has seen an increase of more than 70% from the previous traffic in terms of transportation.

“The impact is that in Bali we haven’t really seen the GRDP (Gross Regional Domestic Product). But from transportation, traffic in Bali has been confirmed, the occupancy rate has also exceeded pre-pandemic. Likewise for the side event supporting sector,” he said.

In line with Susiwijono, Expert Staff for the Utilization of Maritime Resources at the Coordinating Ministry for Human Development and Culture, Nyoman Shuida stated that the G20 had a maximum and direct impact on the community, such as an increase in foreign tourists up to 1.8 million – 3.6 million as well as 600 thousand – 700 thousand new jobs supported by good performance in the culinary, fashion and craft sectors.

“The G20 must bring maximum benefits to the people of Indonesia, especially in strengthening the economy after this pandemic,” he said.

He revealed, from the hospitality business sector, the occupancy rate of hotel rooms, especially in Bali, has soared higher than during the 2021 pandemic.

“According to the Indonesian Hotel and Restaurant Association (PHRI) during the 2021 Covid pandemic, the occupancy rate of hotel rooms was only around 20 percent, now it has touched the figure in the range of 70 percent. The absorption of labor in the tourism sector, especially hotels, has reached around 80 percent to workers who during the pandemic were sent home,” he said.

Nyoman stated that the consistency of this achievement must still be monitored and maintained and strived to be improved, especially after the G20. Considering that there are still global crises such as inflation, food, energy, and other crises that also have an impact on Indonesia.

“We hope that the G20 Summit can formulate various significant policies and assist issues related to human and cultural development in Indonesia,” said Nyoman.

Of course, this projection is still predictive of the potential benefits of holding the event and the G20 Presidency in Indonesia. The certainty of real achievements will only be obtained after an analysis is carried out after the completion of the implementation of the G20 activities. [traveltext.id]