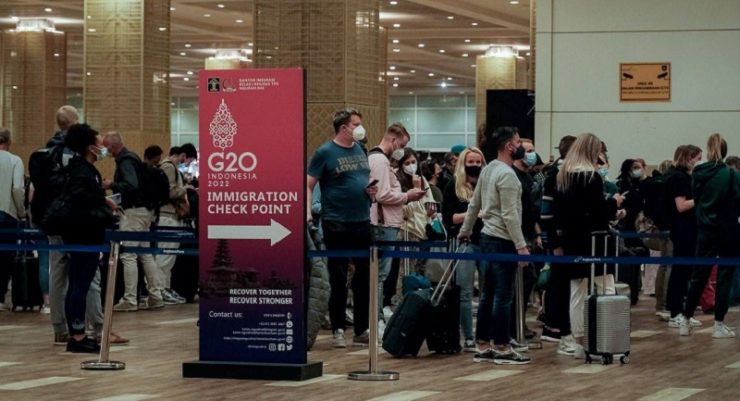 THE MINISTRY of Tourism and Creative Economy stated that the ease of visa services is an important component that can increase the growth of foreign tourist arrivals to Indonesia, as well as increase the competitiveness of Indonesian tourism at the global level.

According to the Minister of Tourism and Creative Economy, Sandiaga Uno in his official statement from London, England, Wednesday (11/9), said that by 2023, Indonesia is targeting 3.5 million to 7.4 million foreign tourist visits. We believe that a second home visa with a validity period of 5-10 years can be a door for a niche market for foreign tourists who meet the criteria.

In a statement, Indonesia through the Ministry of Tourism and Creative Economy stated that it participated in the world’s second largest tourism exhibition “World Travel Market (WTM) London 2022” which took place in Excel, London, England, from 7-9 November 2022.

Indonesia’s participation in the tourism market which has existed since 1980 is an effort by the Ministry of Tourism and Creative Economy to market Indonesian tourism as one of the main destinations in Southeast Asia for the British market.

“Given that Indonesian tourism for foreign tourists has been opened since February 2022, with our participation in the London World Travel Market, it is hoped that we can increase the country’s foreign exchange through tourism and encourage the creation of new and quality jobs,” said Sandiaga.

Several efforts have been made by the Indonesian government to revive the tourism industry, including the exemption of PCR test requirements for international travelers who are healthy upon arrival, exemption from quarantine requirements for tourists who have been fully vaccinated, application of special tourist visas on arrival for 86 countries since September 2022, visa-free for ASEAN member countries, and second home visas.

The tourism actors offer a variety of attractive tour packages, including Bali and five super priority tourism destinations (DPSP) which are the mainstay of Indonesia. The five DPSPs are Lake Toba in North Sumatra, Borobudur in Central Java, Mandalika in West Nusa Tenggara (NTB), Labuan Bajo in East Nusa Tenggara (NTT), and Likupang in North Sulawesi.

The expected target of Indonesia’s participation in WTM London 2022 is 29,500 pax/per person with the transaction value of foreign tourists expected to reach IDR322.28 billion or US$20,578,512.

“The image of Indonesia as a safe, comfortable and competitive tourism destination that prioritizes quality and sustainability needs to continue to be built, so that a positive image can encourage potential tourists to the European market in general and the British market in particular to visit Indonesia,” said Ni Made.

Her party is targeting the upper middle class and upper class in Europe, which is the main segmentation considering that both groups have the ability to travel long haul (long distance) overseas next year despite the threat of a recession. Indonesia through the Ministry of Tourism and Creative Economy presents the Wonderful Indonesia Pavilion with an area of ​​100 cubic meters (m2) and is located at the AS900 booth. [traveltext.id]