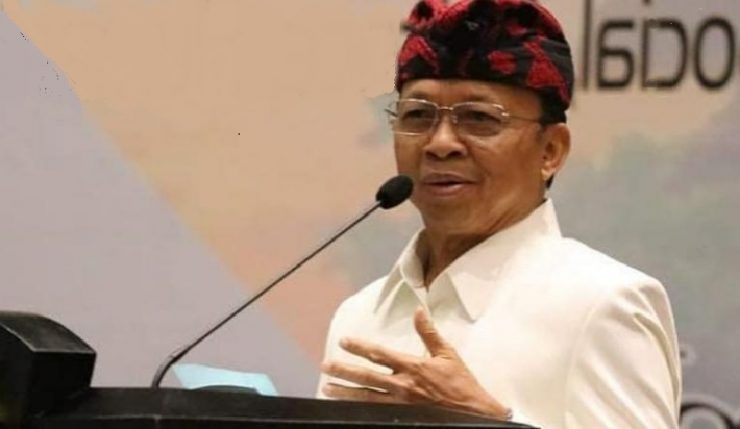 THE GOVERNOR of Bali Province, I Wayan Koster claims that Bali has benefited a lot from holding the G20 Summit. The direct impact of the G20 Summit event is infrastructure development worth IDR800 billion from the central government.

“This infrastructure is not only used to support the holding of the G20 Summit, but furthermore to improve the quality of Bali as a world tourist destination. Some of them are the I Gusti Ngurah Rai Airport VVIP Building and the mangrove seeding area in Tahura Ngurah Rai,” he said.

The VVIP building at Ngurah Rai Airport, he continued is even considered very good and has received direct appreciation from President Jokowi. Even President Jokowi said it was very good and I think it is the best in Indonesia and even in the world, it was granted to the Provincial Government of Bali.

He explained, we were also given a very beautiful mangrove seeding area. It will be a natural tourist destination with a very good arrangement.

“This makes Bali very neat and beautiful, it is used for the G20 Summit, but once it is finished it is useful in order to support the Bali tourism ecosystem so that it goes up in class in the future. This is long term, apart from that then local Balinese products are also used for banquets in hotels,” Koster remarked.

Direct benefits outside of infrastructure are also formed, especially for the community, such as the use of local products from food offerings, endek fabrics, souvenirs from local Micro Small and Medium Enterprises (MSMEs) and Small and Medium Industry (IKM), to the culture that is highlighted.

“I have received responses from IKM and MSMEs, they are very proud because their endek woven fabrics and handicraft products are used. Of course, it is not the only local Balinese product that is used, also Indonesia because it describes products from other regions, but Bali has got a special place, he said.

Koster said that during the G20 there were talks related to investment in Bali, from plans to build toll roads, electric trains, clean energy to electric vehicles. The Provincial Government of Bali was also involved in the installation of the penjor which used IDR3 billion from the Bali Provincial Budget and Rp. 400 million for the welcome dance for the delegation.

“This nominal is not worth it when compared to the benefits that Bali will get in the end. That is nothing when compared to IDR800 billion built for infrastructure for Bali which will have extraordinary economic effects, so it’s not worth comparing,” he concluded. [sources/photo special]

TESLA Motors founder Elon Musk believes that Indonesia has a very bright future, driven by a large young population and energy wealth. “The combination of young people, energy and a large population, I think the...