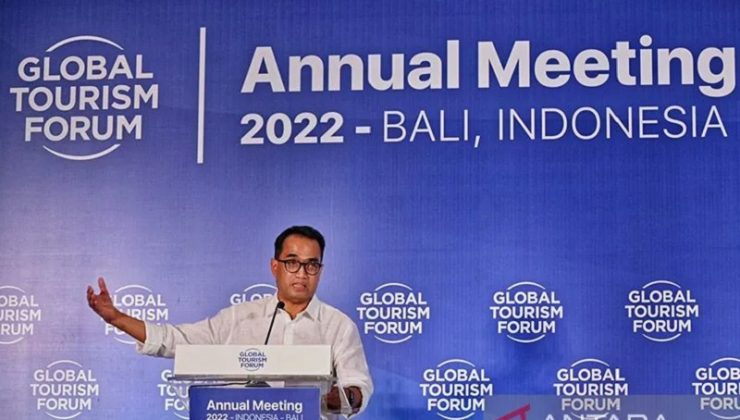 THE MINISTER of Transportation, Budi Karya Sumadi said that recovery efforts in the transportation sector have contributed to the recovery of the tourism sector in the country.

“This effort is a turning point for the revival of the transportation industry, because it continues to increase passenger occupancy,” said Budi Karya Sumadi at the Global Tourism Forum or the 2022 Global Tourism Forum-Annual Meeting in Bali, Thursday (11/17).

Budi revealed that a number of efforts were made, including issuing several circulars regarding easier transportation travel requirements but still prioritizing the implementation of health protocols.

In addition, the Ministry of Transportation together with transportation operators also continues to optimize the use of technology to minimize the spread of the virus, such as digitizing services at airports and using HEPA filters that are able to keep the air clean in public transportation facilities.

In the forum, Budi Karya Sumadi revealed that the recovery efforts have started to show results. One of the indicators is, based on data from the Central Statistics Agency (BPS), transportation and warehousing in the third quarter of 2022 grew the most, namely 25.8% (year on year).

This shows a trend that has continued to increase since early 2022, and has made an important contribution to Indonesia’s economic growth which has increased by 5.72 percent year on year in the third quarter of 2022.

However, the Minister of Transportation reminded all parties to continue to strive to maintain the momentum of the growth trend, and to remain alert to conditions of global uncertainty, such as further pandemics, climate change and global war tensions in the future.

“The COVID-19 pandemic has taught us that we must think ahead. In the future, Indonesia needs to improve network connectivity, transportation safety, environmentally friendly transportation, and intermodal integration,” he said.

He explained, in increasing connectivity between regions, the Ministry of Transportation will continue to build transportation infrastructure both in urban areas and in remote, frontier, lagging, and border areas (3TP).

“At the moment of the G20 Presidency, we signed several memorandums of understanding for non-APBN creative funding with three countries, namely Japan, England and South Korea for the development of the MRT Jakarta urban mass transportation,” he noted.

He conveyed, the government is also committed to reducing exhaust emissions from fossil fuel vehicles, by starting to transform energy from fossil fuels to new renewable energy (EBT). The government has set a goal to have at least 2 (two) million electric vehicles by 2025.

Budi Karya Sumadi also revealed the importance of strengthening cooperation with stakeholders, be it with ministries or other institutions, state-owned enterprises (BUMN), private sector, academics, media and the public.

TESLA Motors founder Elon Musk believes that Indonesia has a very bright future, driven by a large young population and energy wealth. “The combination of young people, energy and a large population, I think the...