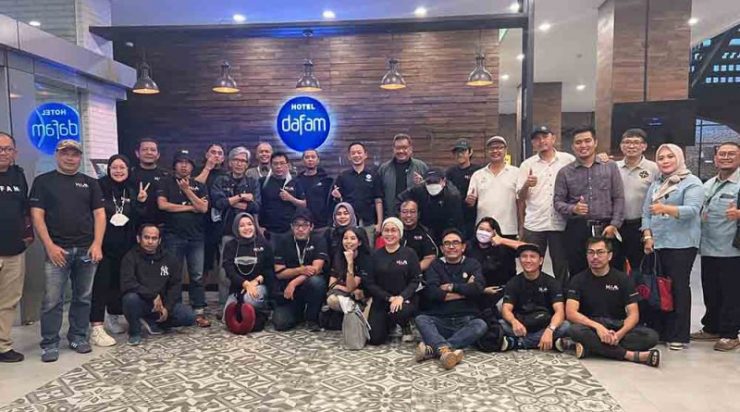 JAKARTA’S MEDIA Association (HAM Jakarta) is a media community in Jakarta and consists of print, electronic and online media. HAM Jakarta has more than 75 national media members, several annual event activities that have been held by HAM with its stake holders starting from the hotel industry, and tourism in general.

At its 15th anniversary, HAM collaborated with ARTOTEL Group, Dafam Hotel Management (DHM) and the Jember Regency Government to revive and restore tourism in the Jember area with the theme HAM Overland to Jember.

According to the Chairperson of HAM, Arief Suharto said that in the HAM overland to Jember activity there are more than 25 national medias participating in it, and also the CEO of Dafam Hotel Management Andhy Irawan MBA, in this activity, Hotel Dafam Fortuna Jember which is a hotel under the auspices of DHM located in Jember participated in providing full support by becoming a place rest for HAM colleagues for 3 days.

“Visiting the city of Jember is not only to enjoy the existing tourism, but HAM also explores and promotes the entire city of Jember. HAM visited many destinations while in Jember, such as the Tobacco Museum, and one of the cigar factories in Jember because Jember is known as the City of Tobacco,” he said.

Apart from that, Arief continued HAM also visited the only Coffee and Cocoa Research Center in Indonesia which is also in Jember, in the langue visited Papuma Beach and saw the production process of Prol Tape and Suwir Suwir (both cassavas fermented) as Jember specialties.

“Besides that, we are pleased to be able to get to know and be in relations with colleagues from various media in Jakarta. The Jember tourism exploration will have an impact on Jember Regency so that we hope it will also have an impact on the hospitality industry where many people will come to visit Jember,” Dedy concluded. [traveltext.id]