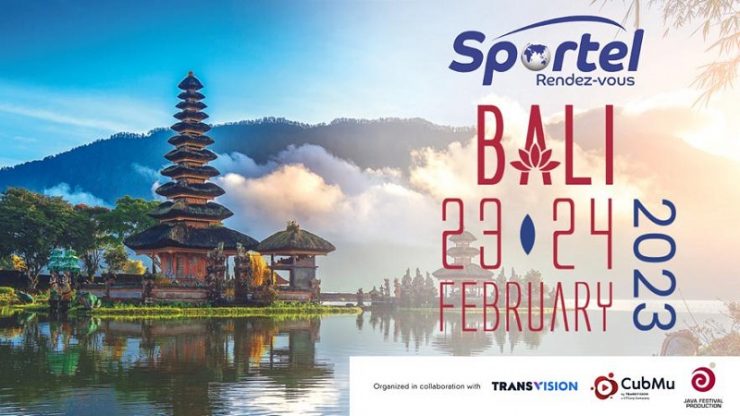 FOLLOWING the SPORTEL event in Miami in March 2022 to cover the North American & Latin American markets, and in Monaco which covers the European market in October 2022, SPORTEL has decided to hold SPORTEL Asia in Bali in February 2023. Given that the Asian television market broadcasting sports activities is very large, the world’s largest sports content exhibition will be present in Indonesia.

SPORTEL, an event for sports broadcasting industry players in the world, has been going on for 30 years.

After previously being stopped for 4 years and the last time it was held in Singapore, this time SPORTEL will soon return to greet the Asian market. For the first time, Indonesia will host SPORTEL for the Asian region which will then be branded as “SPORTEL Bali” which is located at the Grand Hyatt Nusa Dua, Bali.

Asia, West Asia (Middle East), and Australia with a population of more than 60% world population, has a very large market share where sports broadcasts such as football, Formula 1, Moto GP, UFC, and others are the main spectacles for viewers in Asia.

In addition to the main activities in the form of Sports Content Market & Conference, SPORTEL Bali will also present various other interesting activities related to sports activities. This activity, it is hoped that the general public can participate by simply registering beforehand including Golf, Pound Fit, 10K SPORTEL Triathlon Challenge, Beach Volley Ball and also soccer coaching clinic activities which will be guided by famous footballers from Indonesia and abroad country.

It doesn’t stop there, seeing the high enthusiasm of the public for the current e-sport trend. In this event, SPORTEL Bali also collaborated with e-sport lovers to attend the event held in Bali. In this SPORTEL Bali activity it is also hoped that the participation of native Micro Small and Medium Enterprises (MSMEs), which offers a variety of international quality products, such as footballs, shuttles badminton, and sports apparel and equipment.

On the same occasion, Sportel Bali will also present international sports celebrities for liven up this event. These sports celebrities will fill various events as well as meet & greet events and special dinners with fans who are expected to come from various regions not only in Indonesia but also Southeast Asia and Asia in general.

The world’s famous sports celebrities who are currently being contacted and confirmed include champions and former sports champions such as Tennis, Formula 1, Premier League Soccer, and others.

“We are grateful that SPORTEL, which is based in Monaco, chose Bali, Indonesia as SPORTEL Asia hosts. We hope that the SPORTEL Bali event will bring in many broadcasting entrepreneurs and sports organizers from Indonesia and abroad. SPORTEL Bali is also an opportunity to promote Indonesia as a sports content market potential,” said Peter F. Gontha as Main Director of PT Indonusa Telemedia who has been appointed as an International SPORTEL Monac partner.

Indonesia as the 4th most populous country in the world and has been tested for its ability to carry out world-class major events, deserves the attention of world-class event organizers, such as the G20, APEC, IMF, MotoGP, Formula E, Asian Games, up to the SEA Games. [sources/photo special]