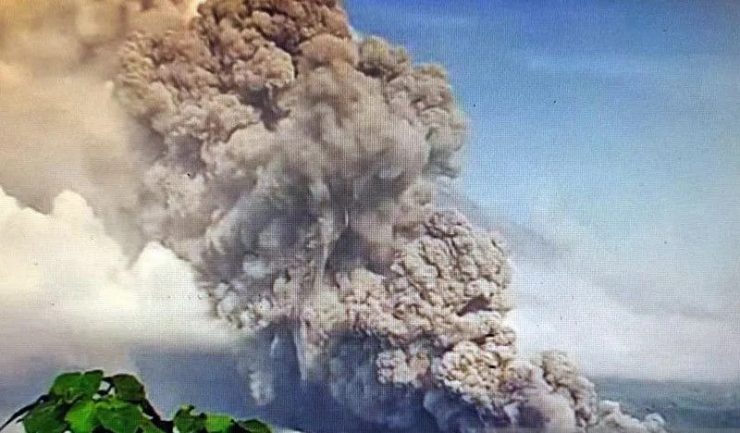 MOUNT Semeru in the Lumajang Regency and Malang Regency areas, East Java, spewed hot clouds of avalanches on Sunday from 02.46 WIB as far as seven kilometers.

“We are already at the monitoring post. The hot cloud avalanches are currently still ongoing with a distance of between 5-7 kilometers. Our monitoring post is approximately 12 kilometers from the summit,” said Head of Emergency BPBD Lumajang Regency Joko Sambang in a written statement received in Jakarta , Sunday (12/04).

He added, based on observations in the field with the Center for Volcanology and Geological Hazard Mitigation (PVMBG) team, volcanic ash was seen rising high and tending to the south.

In anticipation of the impact of the risk of volcanic ash, the Lumajang District BPBD team also distributed free masks to the public.

“The volcanic ash is heading south, to Rowo Baung. There, friends are already distributing masks and outreach to the community,” said Joko.

According to the Geology Agency, Center for Volcanology and Geological Hazard Mitigation (PVMBG) of the Ministry of Energy and Mineral Resources, hot clouds avalanche of Mount Semeru have observed columns of gray ash with moderate to thick intensity to the southeast and south as high as approximately 1,500 meters above the summit.

The source of the hot cloud avalanches came from piles at the tip of the lava tongue which is about 800 meters from the summit or Jonggring Seloko Crater.

Based on CCTV Semeru’s monitoring, the APG phenomenon continued until this morning at 07.42 WIB with sliding distances varying between 5-7 kilometers. Currently, the phenomenon of hot clouds falling from Mount Semeru is still ongoing.

PVMBG issued an appeal to the public not to carry out activities and stay away from the southeastern sector area along Besuk Kobokan as far as 13 kilometers from the peak (the eruption center).

Outside of this distance, the community is asked not to carry out activities at a distance of 500 meters from the riverbank (river border) along Besuk Kobokan because it has the potential to be affected by expansion of hot clouds and lava flows up to a distance of 17 kilometers from the summit.

In addition, the community is also prohibited from doing activities within a 5 kilometer radius of the crater/top of Mount Semeru because it is prone to the danger of throwing stones (incandescent).

The community is expected to always be aware of the potential for hot cloud avalanches, lava avalanches, and lava along rivers/valleys that disgorge at the peak of Mount Semeru, especially along Besuk Kobokan, Besuk Bang, Besuk Kembar, and Besuk Sat as well as the potential for lava in small rivers that is a tributary of the Besuk Kobokan. Due to the hot cloud activity, PVMBG is still setting alert status or level III for Mount Semeru. [antaranews]

BALINESE people are very open to Chinese tourists which cannot be separated from the acculturations that have been established since long ago. According to Deputy Governor of Bali Tjokorda Oka Artha Ardana Sukawati...