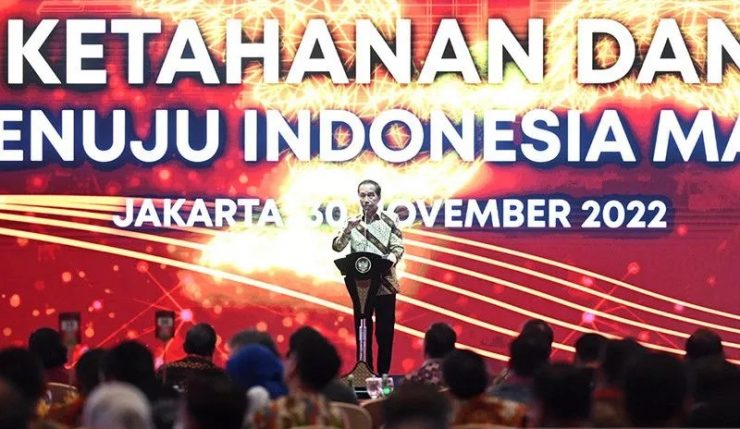 “I conclude that everyone is dizzy, everything is dizzy, I see all the wrinkles on his face, the hair here is getting whiter, and indeed this is a global situation, the confirmation is uncertain,” Jokowi said while attending the Bank Indonesia Annual Meeting in Jakarta, Wednesday (11/30) .

The world leaders of the G20 members consist of 19 heads of state and one leader of the European Union regional organization. G20 member countries play a role in forming 85 percent of global Gross Domestic Product (GDP).

Jokowi said the current global situation was still overshadowed by uncertainty, complexity, and was increasingly difficult to predict. In fact, said Jokowi, no party can calculate with certainty the direction of the global economy.

“For example, one oil price, who can determine, I asked the big oil producers, could not predict, and would be stamped (limited), the price of oil is even more difficult, what will it be calculated later,” he said.

Therefore, said Jokowi, all parties must be optimistic but remain vigilant. He gave an example of the need to anticipate export performance because next year it is predicted that there will be a slowdown in economic growth in countries that are Indonesia’s trading partners, such as China, the United States and the European Union.

In addition, the normalization of US monetary policy is also expected to restrain the pace of economic growth in Uncle Sam’s country. This will affect demand for US imports which will affect exports from Indonesia.

“Our exports there are also very large, our exports to China are very large to the European Union. So be careful,” he said.

In addition, Jokowi also asked that the investment climate continue to be improved so that the investment realization target which is always increasing can be achieved. Then, all parties must also maintain household consumption which is very influential on economic growth.

“Our economic GDP is very much influenced, very large related to consumption. We have to change this little by little so that consumption can go into production,” he said.

Meanwhile, a leader with white hair and facial wrinkles is a physical characteristic of a leader called Jokowi in a leader who cares about the people. This was conveyed by Jokowi while attending a meeting of various volunteer groups supporting the ‘Nusantara Bersatu’ or United Archipelago”in Jakarta (26/11).

The physical characteristics conveyed by Jokowi regarding the leader have been widely discussed by the public because they are associated with several figures who are expected to become presidential candidates in the 2024 election. [antaranews/photo special]

BALINESE people are very open to Chinese tourists which cannot be separated from the acculturations that have been established since long ago. According to Deputy Governor of Bali Tjokorda Oka Artha Ardana Sukawati...