PRESIDENT JOKOWI HOPES THAT FOREIGN TOURISTS WILL BACK TO VISIT BUNAKEN 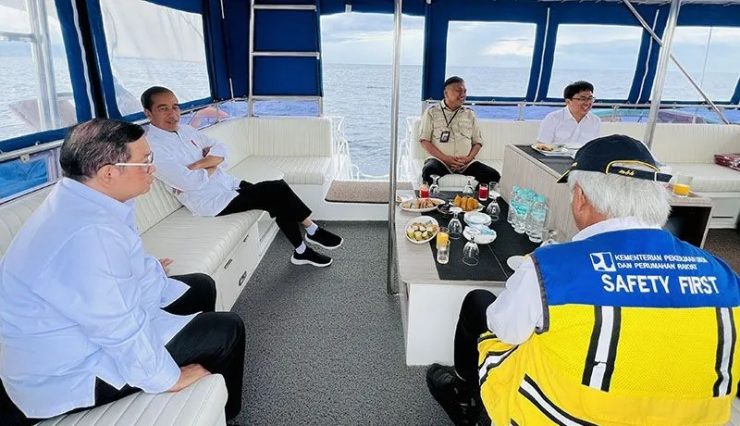 PRESIDENT Joko Widodo (Jokowi) hopes that foreign tourists will return to visit Bunaken Island, North Sulawesi, after the government has repaired and developed facilities on the island which is famous for its rich marine biodiversity.

“We hope that foreign tourists will be busy again and enter Manado, North Sulawesi, especially in Bunaken. We are open to tourists from all countries, including from China,” said President Jokowi when visiting the Bunaken Tourism Area, North Sulawesi, Friday (01/20).

President Jokowi said the government had improved facilities in Bunaken, such as providing homestays for tourists.

“We have fixed this, at least the faces are visible. Homestay has also been prepared. There are 50 houses that have been built by the government for the people,” said President Jokowi.

President Jokowi estimates that in early February 2023, foreign tourists will flock to visit Bunaken. Even though he has opened tourist destinations, President Jokowi stressed the importance of implementing health protocols to prevent health risks from occurring.

“Once again we are open to tourists from anywhere. But what we see are many from China, the most important is the health protocol,” he stated.

Upon arrival at the Bunaken Island Pier, President Jokowi immediately inspected the Bunaken Tourism Area as well as the homestay at that location. After that the President will return to Manado City with the Ultimate Victory Motorboat.

ISRAELI economic website Globes reported that Saudi Arabia plans to make the islands of Tiran and Sanafir a tourist destination, including hotels and casinos, that Israelis can visit. The website cited informed sources...