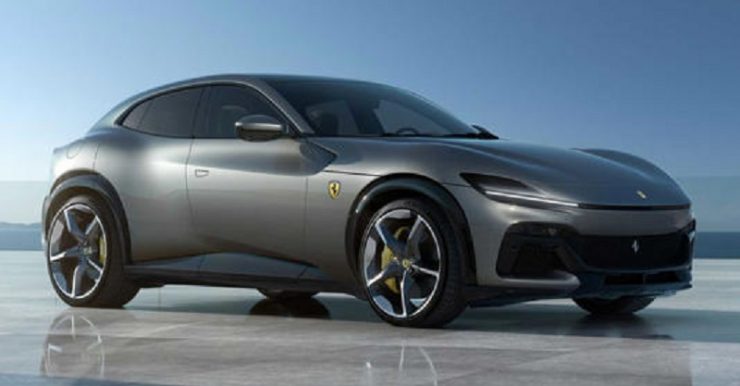 IF FERARI no longer makes combustion-engine cars, then the Italian manufacturer could lose a large part of their character. The screams of high-revving V8 and V12 cylinder engines are legendary and an important part of the driving experience.

However, as the Italian manufacturer will be forced by regulations to switch to electric cars this decade, it will have to find a way to keep its cars noisy and characterful.

CarBuzz says that they found Ferrari’s patent filing with the US Patent and Trademark Office (USPTO) for a system that appears to be very similar to the Fratzonic chambered exhaust showcased in the Dodge Charger Daytona SRT EV.

Dodge says that the system is capable of producing up to 126 decibels of noise (as much as a V8 engine), and the sound itself changes depending on throttle position, speed, and other factors.

The car uses speakers and multiple resonance chambers to produce the sound you can hear when the concept is launched. And the sound is blasted out of a flat trumpet-like outlet that runs almost the entire width of the rear bumper, making the vehicle feel as close to a gas-fueled muscle car as possible.

And thanks to the resonators placed near the vehicle’s transmission housing, the sound will be deeper and perhaps more similar to the sound of an internal combustion engine car.

Capturing, enhancing and playing with the sound produced by the electric motor seems to be a much better fit for Ferrari than, say, BMW’s approach. The German manufacturer hired movie soundtrack composer Hans Zimmer to design the sound for its electric cars.

This seems fine in a normal car, but some people would surely complain if Ferrari adopted the same solution, which would be seen as less “pure” than simply increasing the volume of the sound it already produces.

Ferrari does not intend to apply this solution to its current electric car models. We expect to see it on the first electric production Ferrari, which will be launched in 2025. [sources/photo special]

THE AUDI Activesphere is the latest in a series of concepts that represent the company’s vision of future mobility. The automaker calls it “A luxury coupe that turns into a pickup. Like its predecessors, the...

PORSCHE will celebrate its 75th anniversary in 2023. The company’s first model, the 356, was launched in June 1948, and the automaker is honoring its past with the new Vision 357 concept. The Style Porsche team...

THE FIRST model of the next-generation sports car is also coming in 2023. On January 15, 1913, Lionel Martin and Robert Bamford joined forces to build what would become the first Aston Martin. To mark 110 years of this...