SANDIAGA: INDONESIA SPICE UP THE WORLD TO BOOST CULINARY INDUSTRY 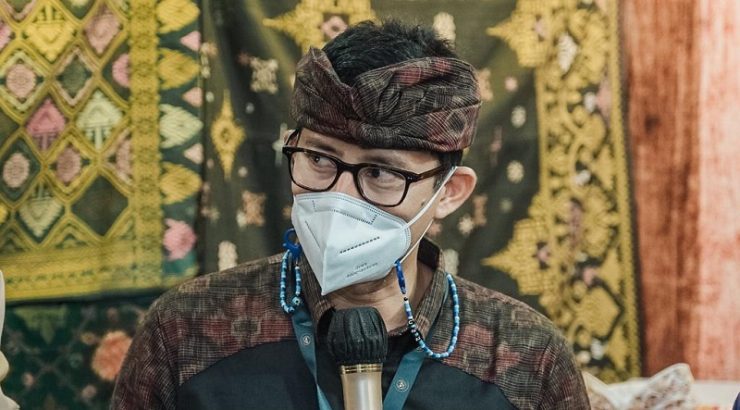 Sandiaga noted in a statement that his ministry fully supported the promotion event initiated by the coordinating minister for maritime affairs and investment by sending a supporting delegation to the United States in the near future.

“This program has been well-designed for a long time. There was a choice between being postponed or implemented with some adaptations. I choose adaptations to ensure that our economic recovery is not delayed. Hence, we will not be fully physically present but hybrid,” he explained.

‘Indonesia Spice Up The World’ is one of the government’s main programs involving cross-ministerial and institutional efforts aimed at expanding the marketing of Indonesian spice products or processed food and spices.

In addition, the program is focused at boosting Indonesia’s culinary industry by developing Indonesian restaurants abroad or as part of our gastrodiplomacy efforts. The minister cited data that Indonesia’s export value of processed and fresh spices had clocked growth averaging 2.95% over the last five years. In 2020, the export value was recorded at US$1.02 billion.

He added that the ‘Indonesia Spice Up The World’ promotion event is being organized until 2024, with the objective of boosting the export value of spices and herbs to US$2 billion and increasing the presence of four thousand Indonesian restaurants abroad.

Minister Sandiaga concluded that the United States is a big market for the Indonesian spice and culinary sales, constituting 20-25% of Indonesia’s spice exports. [photo special]

THE MINISTER of Tourism and Creative Economy, Sandiaga Uno asked every business player in various regions in Indonesia to be able to innovate to develop the potential of the creative economy which is currently still...

BATIK IS EXPECTED TO BECOME A SYMBOL OF ECONOMIC REVIVAL: SANDIAGA UNO

IT IS hoped that batik will become a symbol of economic revival in the creative economy sector, especially the fashion sub-sector. According to the Minister of Tourism and Creative Economy, Sandiaga Uno in Yogyakarta...

RI IS OFFICIALLY OUT OF THE UK TRAVEL ‘RED LIST’ CATEGORY: DESRA PERCAYA

INDONESIA (RI) is officially out of the “red list” category for British international travel starting Monday, October 11, 2021, at 04.00 UK time. The announcement was made by British Transport Minister Grant...