UBUD WRITERS & READERS FESTIVAL REVEALED THE FIRST ROUND OF STORYTELLERS 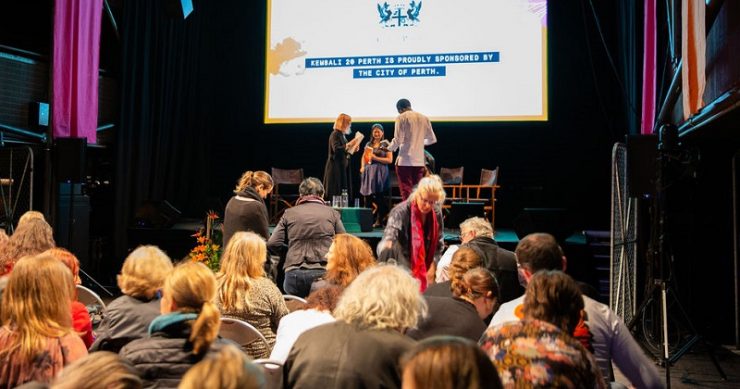 UBUD Writers & Readers Festival (UWRF) has announced the first round of storytellers who will join this year’s ten-day program of compelling conversations, intimate special events, and powerful performances from 8–17 October 2021, online and on-site in Ubud, Bali.

According to Janet DeNeefe, Founder and Director of UWRF said UWRF is also excited to announce that it will also feature a special program of events in Perth, Australia, from 8-10 October 2021. This year, UWRF celebrates its 18th year as one of the world’s leading literary events. Authors, artists, and activists from various countries will share extraordinary stories and bold ideas through the lens of this year’s theme, Mulat Sarira, interpreted in English as Self-Reflection.

“I’m thrilled to be welcoming such a diverse group of writers and artists to this year’s Festival and I look forward to the conversations we will hold over the ten days. I am also excited to be continuing our relationship with West Australian writers by bringing a touch of UWRF to Perth,” she said.

Since our loyal Festival-goers from Australia, she continued might not be able to travel, UWRF will be bringing the festival to our neighbors’ shores, at the Rechabite in Perth, Western Australia. UWRF Perth is presented by Writing Western Australia (Writing WA) with investment from the State Government through the Department of Local Government, Sport and Cultural Industries.

“Writing Western Australia is delighted to be partnering with UWRF to bring this vibrant and internationally-renowned literary festival to Australia,” said Sharon Flindell, CEO of Writing WA.

“Over the past ten years Writing WA has worked closely with the incredible team at UWRF, sponsoring numerous West Australian writers and illustrators to travel to Indonesia to participate, and hosting the special KEMBALI20 program. UWRF Perth will be a hybrid festival combining both live and digital events, bringing the creativity, insight, and reflection of UWRF to Perth,” Sharon Flindell noted.

Headlining this year’s UWRF is Amitav Ghosh, an Indian writer and the winner of the 54th Jnanpith award, India’s highest literary honor. Joined by another award-winning Italian-American author of Call Me by Your Name, André Aciman. In addition, UWRF will also welcome Pulitzer Prize winner, Vietnamese-American novelist Viet Thanh Nguyen.

Along with highly-acclaimed author and poet Felix K. Nesi and well-known news presenter, Desi Anwar. Documentary photographer Joshua Irwandi will be highlighting another form of storytelling with his award-winning images.

UWRF21 also welcomes bold women activists from Indonesia. Joining the line-up is Balinese-born author, novelist, poet, scriptwriter, and performance artist Cok Sawitri. Not only with writers, we will also welcome human rights activist Eva Bande, to shine a light on the archipelago’s minorities and marginalized communities. Young activist and writer Kalis Mardiasih will also bring her fresh perspectives into the discussion. [traveltext.id/photo special]

90% SACRIFICED, IS THE PPKM PROGRAM EFFECTIVE FROM MICRO UP TO LEVEL-4?

THE INDONESIA’S government to this day has issued a Community Activity Restriction (PPKM) program starting from Micro PPKM, Emergency PPKM and now PPKM Level 4, as an effort to break the chain of transmission of COVID...

THE PANDEMIC IS STILL LONG, THE FROZEN FOOD BUSINESS IS NOW A MAINSTAY

PEOPLE in Indonesia, especially millennial mothers, really like practical things, including when processing food. Frozen food is one food that is always sought after because of its practicality. This is the reason why...