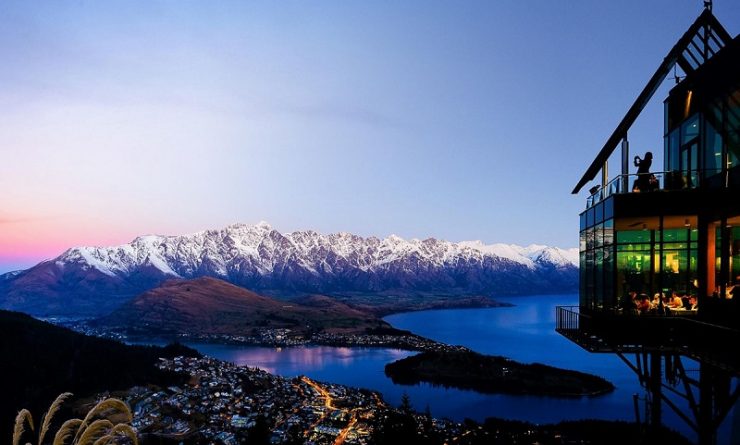 NEW ZEALAND is not a cheap holiday destination. But you must once set foot in this beautiful country. Traveling in New Zealand is quite expensive. A realistic daily cost of living for New Zealand is 100 euros per person.

If calculated for 3 weeks you can spend a budget of 2,300 euros or the same as IDR38.5 million per person without flight costs. Reporting from charlotteplansatrip.com recently, here are the approximate costs of accommodation and lodging that you spend on vacation to New Zealand.

Meanwhile, the plane ticket to New Zealand from Jakarta to Auckland starts from IDR13 million and above. This means that for a round-trip ticket, approximately IDR30 million is needed.

Some of the tourist attractions that can be visited in New Zealand are as follows:
1. Fiordland and Milford Sound National Park, South Island
A World Heritage Site, Fiordland National Park protects some of the most spectacular scenery in the country. Glaciers sculpt this dramatic landscape, carving out the famous fjords of Milford, Dusky and Doubtful Sounds. Visitors here can explore rushing waterfalls, offshore islands, virgin rainforest, vast lakes and rugged mountain peaks.

2. Bay of Islands, North Island
Three hours drive north of Auckland, the beautiful Bay of Islands is one of the most popular holiday destinations in the country. More than 144 islands dot the glistening bay, making it a sailing and yachting paradise.

3. Queenstown, South Island
Queenstown is New Zealand’s adventure capital and one of the country’s top destinations for international visitors. Bungee jumping, jet boating, white water rafting, paragliding, rock climbing, mountain biking and downhill skiing are just a few of the adrenaline-pumping things to do here, and visitors can explore the stunning alpine scenery on the incredible network of hiking trails.

4. Lake Taupo and Tongariro National Park, North Island
In the middle of the North Island and just a few kilometers from sparkling Lake Taupo, New Zealand’s largest lake, lies Tongariro National Park. A double World Heritage Site due to its spectacular volcanic features and importance to Maori culture, the volcanic peaks of Tongariro, Ngauruhoe and parts of Ruapehu were actually given by the Maori chief Te Heuheu Tukino IV in 1887 to the New Zealand people to preserve this sacred land.

5. Rotorua, North Island
In the volatile Pacific Ring of Fire, Rotorua is one of the most active geothermal areas in the world. This is the land where the earth speaks. Boiling mud pools, sizzling geysers, volcanic craters and steaming hot springs represent the forces that give birth to much of New Zealand’s dramatic topography. [sources/photo special]

NOT ONLY SAKURA, THERE ARE SEVERAL SPECIAL SPRING SEASON FLOWERS IN JAPAN

OF THE FOUR seasons in Japan, spring is the season most decorated with blooming flowers. The weather in this season is also good, so it is perfect for a walk in the beautiful flower gardens while carrying a camera. On...

GETTING TO KNOW MORE ABOUT BEAUTIFUL TOURIST DESTINATIONS IN JAPAN

JAPAN is known as an archipelago which is divided into five main islands. The five islands are Hokkaido, Honshu, Shikoku, Kyushu and Okinawa. In fact, Japan consists of a long series of islands. This gives Japan four...

THERE ARE 5 THINGS ABOUT NEW ZEALAND, INDONESIANS OFTEN MISUNDERSTAND

BEFORE deciding where to go on vacation, there are many things to consider. Starting from friends’ recommendations, browsing results on the internet, to unique facts that make you curious. However, often the...