GETTING TO KNOW MORE ABOUT BEAUTIFUL TOURIST DESTINATIONS IN JAPAN 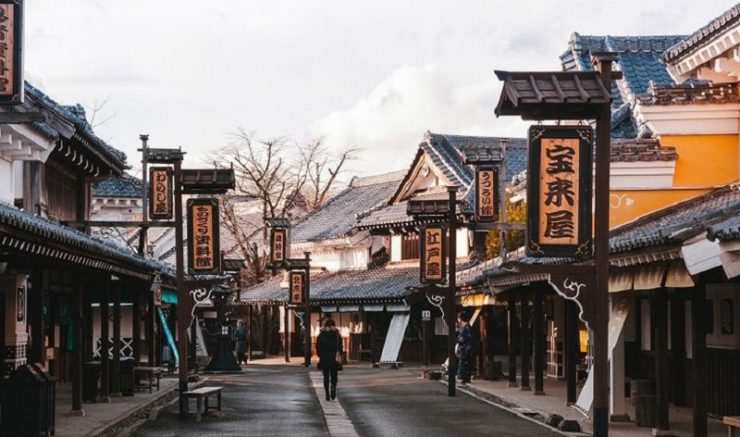 JAPAN is known as an archipelago which is divided into five main islands. The five islands are Hokkaido, Honshu, Shikoku, Kyushu and Okinawa.

In fact, Japan consists of a long series of islands. This gives Japan four distinct seasons with climates ranging from subarctic in the north to subtropical in the south. Based on geography and culture, Japan is divided into 8 regions and 47 prefectures. Each region has its own dialect, eating habits and local culture.

This article will introduce the location of each region and some interesting facts about the islands in Japan.

Hokkaido
Hokkaido is the northernmost of Japan and is the largest of the country’s 47 prefectures comprising 22% of the country’s total land area. In winter, the average temperature is minus 7.5 degrees Celsius and snow is everywhere. A number of ski resorts and the Sapporo Snow Festival attract visitors from all over the world.

In summer, the average highest temperature is more than 25 degrees Celsius. This makes Hokkaido a popular destination for summer vacations as well. The night view of Mount Hakodate is recognized as one of the best in the world.

Many people come to Hokkaido to enjoy fresh seafood, especially crab. Not only that, this region is also famous for its delicious dairy products.

Tohoku
Yamadera City in Yamagata Prefecture, Tohoku, Japan. The Tohoku region consists of six prefectures. The most famous and largest city in the region is Sendai, Miyagi Prefecture.

Aomori Prefecture is known for producing the highest and highest quality apples in Japan and is also known as the hometown of the eminent novelist, Osamu Dazai. Akita, located next to Aomori, produces rice that is unmatched in all of Japan. For many Japanese people, the first impression when visiting Akita is probably the “beauty of Akita”.

Kanto
The Kanto region is the most densely populated area in Japan. This region includes the Greater Tokyo Area and consists of seven prefectures. Yokohama which is the second largest city in Japan is the capital city of Kanagawa Prefecture.

The famous tourist spot Tokyo Disneyland is in Chiba Prefecture. The famous Kusatsu Onsen Hot Springs in Gunma Prefecture and the Nikko Toshogu Shrine World Heritage Site in Tochigi Prefecture are all located in the Kanto region.

Mount Fuji, which is a symbol of Japan and one of the most famous mountains in the world, is also within this area. Not only that, in this area there is the Shirakawa-go World Heritage Site. The site is famous for its historic traditional farmhouses. In winter, Nagano is one of the most popular destinations for ski and snowboarding lovers.

Kinki
Kinkaku-ji Temple in Kyoto, Japan. The Kinki Region consists of seven prefectures and is also known as the Kansai Region if Mie Prefecture is excluded. The Kinki region is one of the best places to explore Japan for visitors coming to Japan for the first time.

This is because all the must-visit tourist attractions such as Kyoto, Osaka, Nara, Kobe, and Himeji Castle are in this area. The region boasts many valuable National Treasure and World Heritage sites.

Visitors can also find most of the traditional Japanese food here. Although Osaka is known as the country’s kitchen, Kyoto sweets and Kobe beef are also very popular Japanese foods and claim to be representative of Japanese cuisine.

Considered one of the must-visit places in Japan, the Hiroshima Peace Memorial Museum attracts more than a million people every year. Tottori Prefecture is famous for its sand dunes. This area is also famous among manga fans as the birthplace of Gosho Aoyama who is the author of the manga “Detective Conan”.

Shikoku
Yoshino River, Shikoku, Japan. The Shikoku region consists of four prefectures. The area is famous for the Shikoku 88 Shrine Pilgrimage, which attracts pilgrims from home and abroad.

One of the most popular destinations in the region is the hot springs of Dogo Onsen in Ehime Prefecture, which is said to have inspired Hayao Miyazaki’s film “Spirited Away”.

Meanwhile, Kagawa Prefecture is the smallest prefecture in Japan that has several big names. Naoshima is an island of modern art in the Seto Inland Sea that is part of Kagawa Prefecture. Udon is one of the most famous and very delicious Japanese food in Kagawa.

Kyushu
A canal in Yanagawa, Fukuoka, Kyushu, Japan. Kyushu Region means Nine Provinces because historically there were nine provinces located on the island. Currently, the Kyushu Region consists of seven prefectures, including Okinawa Prefecture which is considered a separate territory by some.

Kyushu is blessed with many stunning natural landscapes. This region has beautiful beaches, volcanoes, and hot springs. Japan’s famous tonkotsu (pork bone) ramen is a specialty of Kyushu. Visitors can also enjoy Yatai food stalls in Fukuoka and socialize with the locals.

The most famous character in the area is Kumamon, a cute black bear mascot created by the government of Kumamoto Prefecture.

Okinawa is a subtropical island, even in winter when the temperature is above 10 degrees Celsius. The prefecture is famous for many of the most beautiful beaches in Japan, attracting many tourists to explore its crystal-clear waters and colorful coral reefs. [ohayo Japan/photo special]

NOT ONLY SAKURA, THERE ARE SEVERAL SPECIAL SPRING SEASON FLOWERS IN JAPAN

OF THE FOUR seasons in Japan, spring is the season most decorated with blooming flowers. The weather in this season is also good, so it is perfect for a walk in the beautiful flower gardens while carrying a camera. On...

THERE ARE 5 THINGS ABOUT NEW ZEALAND, INDONESIANS OFTEN MISUNDERSTAND

BEFORE deciding where to go on vacation, there are many things to consider. Starting from friends’ recommendations, browsing results on the internet, to unique facts that make you curious. However, often the...