SO FAR 18 COUNTRIES CAN ENTER INDONESIA, EXCEPT FOR SINGAPORE: MINISTER LUHUT 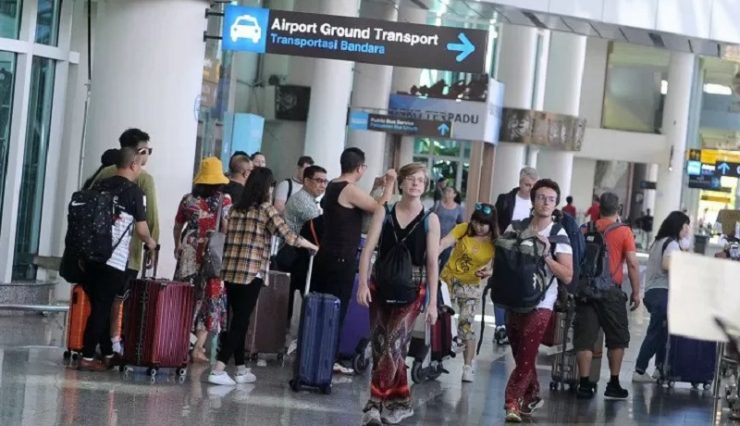 THE COORDINATING Minister for Maritime Affairs and Investment as well as the Coordinator of the Java-Bali implementation of restrictions on community activities (PPKM), Luhut Binsar Pandjaitan said as many as 18 countries were allowed to enter Indonesia in line with the opening of international flights to Bali on 14 October.

“The list of these countries will be announced in the Instruction of the Minister of Home Affairs which will be released soon. Regarding countries that can enter Indonesia, there are 18 countries, which will be announced in an integrated manner and in a circular letter from the Minister of Home Affairs,” he said at an online press conference in Jakarta, Monday (10/11).

Although he did not mention the countries in question, Luhut said Singapore was not included in the list. The reason, according to him, Singapore has not met the standards of level 1 and 2 in accordance with WHO provisions.

“The case of COVID-19 in Singapore itself has not subsided. Data on Sunday (10/10) recorded that there were still 2,809 COVID-19 cases. There are 18 countries that will be announced, I don’t think Singapore is included because it has not met the requirements or standards for level 1, level 2 according to WHO,” he stated

As the COVID-19 case in Indonesia has slowed, the government has made a number of easing, including reopening international flights to Bali from 14 October.

“As of Sunday (10/10) there were 39 additional deaths due to COVID-19. However, as directed by President Jokowi, I invite all people not to be complacent and remain vigilant in implementing the health protocols,” said Minister Luhut.

He concluded that the president once again reminded us of his assistants, so as not to get out of control in the midst of the current situation. Keep cases as low as possible for a long time and must be consistent. [antaranews]