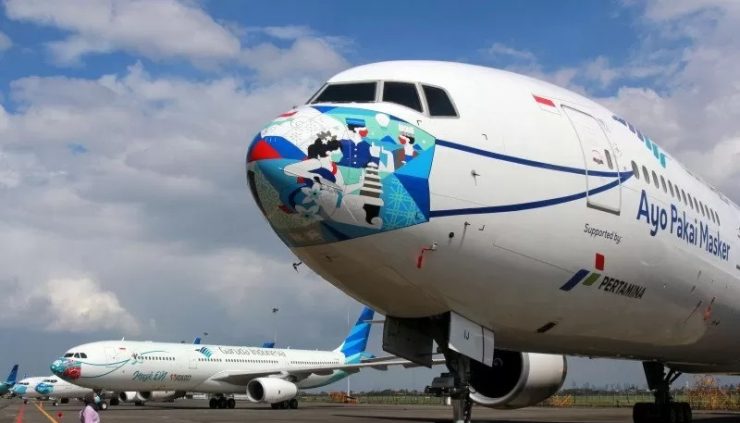 THE MINISTRY of State-Owned Enterpises (SOEs) targets PT Garuda Indonesia Tbk to be able to generate revenue in December 2021 of US$70 million or equivalent to IDR996.4 billion and reduce the total monthly costs of US$80 million in April 2022. The key is if the legal process takes place. progress and negotiations on Garuda’s debt were reached.

“So, we are targeting that if the legal process goes through voting and negotiations can reach an agreement, we can reduce Garuda’s total monthly cost to US$80 million. Meanwhile, Garuda’s revenue in December reached around US$ 0 million,” said Deputy Minister of BUMN II Kartika Wirjoatmodjo in a Working Meeting (Raker) with Commission VI DPR, recently.

Thus, Garuda is expected to start returning to positives in May-June 2022. For this reason, an agreement with creditors to reduce the amount of debt and interest significantly is important in order to be in line with the revenue increase target.

Tiko, Kartika’s nickname, said that the revenue target of US$70 million is set with the assumption that the implementation of restrictions on community activities (PPKM) is not tightened so that income will gradually recover to the level of US$120 million by the end of 2022 and climb to the level of US$200 million. in late 2023.

“So, we are optimistic that if the pandemic gradually improves and passenger traffic both domestically and internationally begins to improve and tourism starts to rise, by the end of 2023 we will reach the revenue level as in early 2020 of US$200 million per month,” explained Tiko.

During the negotiation process, Tiko will cut the company’s cost structure by around US$100 million compared to the current cost structure so that Garuda will emerge as a positive airline in 2023. “We hope that this will be the key to the success of the restructuring. However, we emphasize that management focuses on operational and negotiation issues. Our role as shareholders and creditors is very big because Garuda’s condition has reached technical bankrupt territory,” he said.

Tiko said that the company’s performance as of September 2021 was relatively improved, reflected in EBITDA and net income, which last year lost a net loss of US$2.5 billion and a negative EBITDA of US$1.4 billion, entering the third quarter of 2021, the company’s net income loss decreased to US$1.3 billion and negative EBITDA shrunk to US$800 million. This income has decreased significantly when compared to the previous year.

“So, this year, Garuda’s losses and negative EBITDA are not as bad as last year. Plus, the frequency has also increased. If we look at the frequency of month to date and year to date, it has increased sharply from the passenger side, which is expected to improve,” he added.

Likewise, the utilization of aircraft such as the CRJ and 737 is starting to improve. It is hoped that with improved passenger movements in the last 1-2 months, flight and passenger frequency activities as well as aircraft utilization can gradually improve and achieve stable revenues above US$70 to 80 million. [sources/photo special]