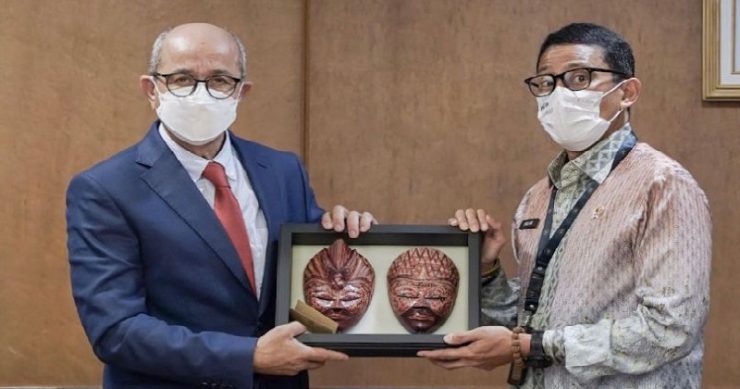 According to the Minister of Tourism and Creative Economy, Sandiaga Uno said that we hope that this cooperation will strengthen bilateral relations between the two countries, especially in the tourism and creative economy sectors.

Morocco is one of the countries that contributes the largest tourism to Indonesia, from quantity to spending money. It was noted that before the COVID-19 pandemic, Moroccan tourist visits to Indonesia in 2017 reached 11,000.

Meanwhile, the Moroccan Ambassador to Indonesia, Ouadiâ Benabdellah, said that Moroccan tourists have something in common with Indonesian tourists, namely they tend to stay long enough and buy creative economy products.

“Indonesia and Morocco have something in common when they travel, they come to stay for a long time, then they are both happy to buy handicrafts typical of the country, and go home with lots of suitcases to share with their relatives,” Ouadiâ stated.

Furthermore, Ouadiâ said that in 2019, the art of Moroccan sahrawi was present at the opening of the 2019 International Creative Crafts Exhibition. He hoped that in the future Morocco could be involved again in international events owned by the Ministry of Tourism and Creative Economy.

Ouadiâ also hopes that international events owned by Morocco such as the Rabat Festival can be collaborated with Indonesia.

“We also have the Rabat Festival, this event is the 2nd largest in the world, there are one million visitors who come and this event is also included in UNESCO. Hopefully this can be collaborated,” he concluded. [traveltext.id]