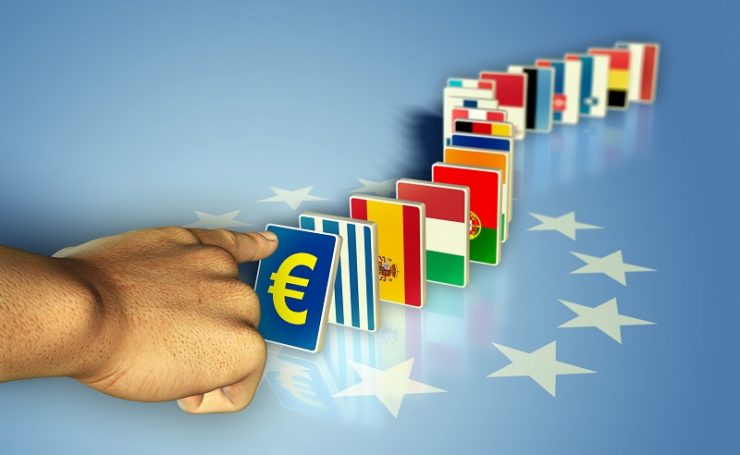 NEW CASES of COVID-19 have surged across Europe in recent days forcing several European countries to re-impose restrictions. The resurgence of the pandemic, largely due to the Omicron variant and the WHO has designated it a variant to watch out for, has raised concerns over the economic recovery in Europe.

The UK has seen a dramatic rise in infections due to Omicron with daily cases rocketing to 19.4 million on Wednesday (1/06). The data is a sign that Omicron is spreading rapidly in the UK despite the fact that 82.6% of the population aged 12 and over have received two doses of the COVID-19 vaccine.

The European Center for Disease Prevention and Control has raised serious concerns about the Omicron variant. In its latest risk assessment published in mid-December, the agency warned there were indications that local transmission was taking place in Europe and that a rapid rise in the number of Omicron cases was expected in the next two months.

Some forms of protection and restrictions are already in place in most European countries, according to the agency.

In the Netherlands, a lockdown has been imposed. Restaurants, bars, zoos, parks as well as non-essential shops are closed and people have been asked to stay at home as long as possible until January 14, 2022.

In France, people are required to work from home three days a week. Germany tightened restrictions in late 2021 by closing clubs, bars and limiting contact.

Domino effect
The latest round of restrictions will almost certainly weigh on economic activity. The effects of the restrictions will pose an even greater risk to the economic recovery in Europe. The European Commission (EC) said that the resurgence of the pandemic coupled with labor shortages had exacerbated supply chain disruptions in manufacturing industries in Europe.

If supply bottlenecks continue and get worse, European countries that rely heavily on manufacturing industries will continue to suffer.

The final chapter of the Omicron infection will impact Europe’s plans to control its debt and budget deficits. The European Union (EU) has temporarily suspended a debt ceiling of 60% of gross domestic product (GDP) and a budget deficit of below three percent to combat the COVID-19 pandemic.

The protracted pandemic means the EU is likely to extend the suspension of fiscal rules in 2022 and allow member states to spend more than usual to keep businesses afloat.

The EC dismissed the resurgence of the pandemic and gave optimistic forecasts about the economic recovery in the EU in November. GDP in the euro area will increase by five percent in 2021 and 4.3 percent in 2022, according to the EC forecast.

The EC added that the public debt and deficit would fall. The EC’s optimism about the economic recovery in the EU is supported by improvements in several indicators. There were signs of a decline in shipping costs in December which indicated that the disruption in the logistics sector was getting better.

Real-time indicators suggest that manufacturing activity resumed in the European region in Q4 and there will be a stronger recovery in February or March 2022, S&P Global Ratings, one of the world’s top rating agencies, reported in November. [antaranews]