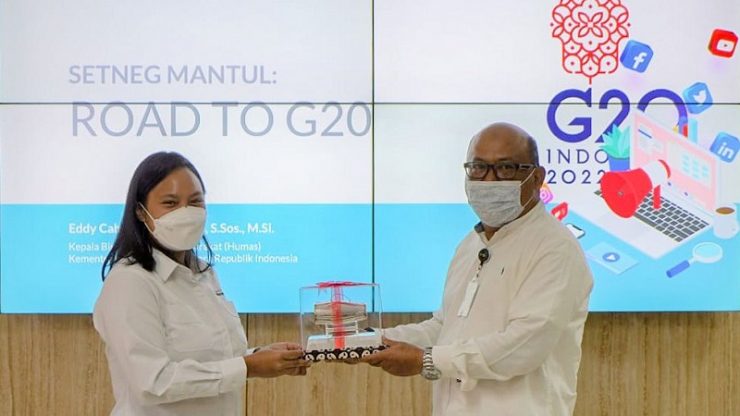 THE Implementing Agency for the Labuan Bajo Flores Authority (BPOLBF) is in synergy with the Ministry of State Secretariat (Kemensetneg) to prepare Labuan Bajo as the G20 Venue Side Event.

“BPOLBF in principle actively participates in welcoming the G20 because holding this event is an aspiration that we all hope for and also what all parties in Labuan Bajo hope,” said Shana.

“We want people to feel involved and have a part in this celebration. For example, the souvenirs that will be used later are products of local Micro Small and Medium Enterprises (MSMEs) in Labuan Bajo-Flores. In addition, with the travel map that we offer, we hope that it will attract delegates and tourists to explore the beauty of Labuan Bajo -Flores, which has many alternative destinations other than the well-known Komodo National Park,” Shana remarked.

Shana pointed out that later there would be a follow-up coordination meeting with the West Manggarai Regency Government along with other pentahelix elements in the success of the G-20 event.

Meanwhile, the Head of the Public Relations Bureau of the Ministry of State Secretariat (Kemensetneg), Eddy Cahyono, said that the coordination between Ministries/Institutions was intended to explore the potential for collaboration so that the benefits and key messages of the G20 implementation could be known by all levels of society.

“So that later the euphoria of welcoming this grand celebration can encourage the spirit of collaboration and participation of all parties,” Eddy noted.

Eddy also explained that the preparation of the G20 venue is expected to be more echoed in the community. To achieve this requires the active participation of all parties, especially public relations ministries and institutions throughout Indonesia.

“The main slogan of the G20 is “Recover Together, Recover Stronger” this,” Eddy concluded. [traveltext.id]