FROM LAWANG SEWU TO BLAURAN, THESE 7 MYSTICAL SIGHTS IN INDONESIA 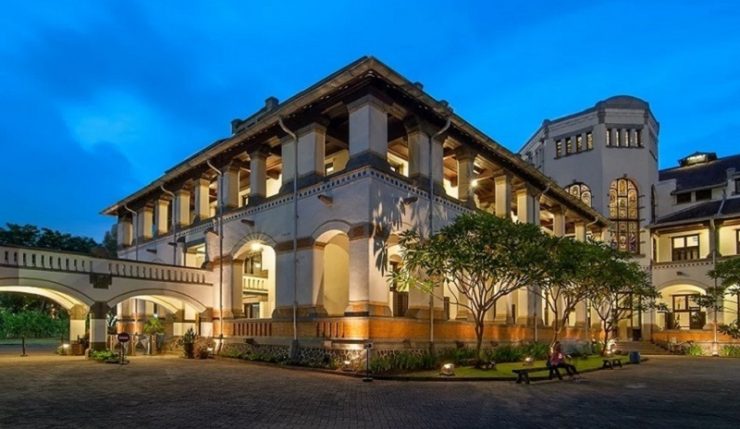 NOTHING beats a spooky ghost story before experiencing it for yourself. While some haunted houses can be deceiving, there are some places that do have a reputation for being truly haunted. Some of these places are shrouded in mystery, with legends being passed down through generations. Each has an interesting history, with many ghost sightings and spooky experiences.

Even if you’re not a fan of the mystical, some of these scariest locations are still worth a visit, whether for their beautiful architecture, stunning locations, or fascinating history. Here are seven mystical tourist attractions in Indonesia quoted from various sources:

1.Lawang Sewu in Semarang
Lawang Sewu is a historic building owned by PT Kereta Api Indonesia (Persero) which was originally used as the Head Office of the private railway company Nederlandsch-Indische Spoorweg Maatschappij (NISM). Currently the Lawang Sewu Building is used as a museum that presents various collections from time to time for railways in Indonesia.

Lawang Sewu presents the process of restoring the Lawang Sewu building. The scariest part is the dungeon room because it was once the site of the massacre of the natives and the Dutch army at that time.

2. Mount Lawu in Karanganyar
This mountain is famous for its mystical legend that makes climbers often experience mystical experiences. The story begins with Prabu Bhrawijaya V who occupied the seat of the Majapahit kingdom in 1400 AD His body was never found by anyone while climbing on Mount Lawu, precisely at the peak of Hargo Dalem.

Mount Lawu is further strengthened by the presence of the Devil’s Market. This news is familiar to climbers, a market that is not visible to the naked eye is located on the path of Candi Cetho, the slopes of Mount Lawu, a land overgrown with weeds.

3. The Dutch Cave in Bandung
This is one of the historical relics built by the Dutch when they controlled Indonesia. At first the cave which was built in 1901 was used for a company engaged in hydroelectric power generation. However, in 1918 the Dutch carried out renovations by adding aisles and corridors.

The atmosphere in the cold and humid cave plus the remains of the ruins in the Dutch cave, you will feel when you enter the cave which has an area of ​​750 m and is made of stupaan stone, namely stone that comes out of Mount Krakatau.

According to the myth, this is where the genies gather, there are even psychics who say there is a genie kingdom there. The trees that grow tightly in Alas Purwo can sometimes cause problems. For example, like getting lost or kidnapped by a genie.

It is said that once there was a woman named Sumiati who hanged herself in this fort. From Sumiati’s story, tourists who will visit here are prohibited from wearing red clothes. Because of the story, the person who had raped Sumiati at that time wore a red shirt and caused her frustration to the point of committing suicide.

6. The Lokale Cave in Papua
The cave that has existed for millions of years is indeed known to be very long. In fact, according to one expert, the Lokale Cave is probably the longest cave in the world. This is because no one has ever been able to explore the cave to its very end. When an expert tries to find the end, he enters at 06.00 am and mystically returns at 18.00 the next day.

Entering the cave area, there are many rows of very tall forest pine trees. The stuffy air and unpleasant smell add to the tightness of the situation in the cave. The stone walls began to feel narrow. The deeper you go, the higher the difficulty you have to go through.

The road that divides this forest is approximately 25 km long and consists of climbs, descents, turns, blind spots and other challenging things. The road in the Baluran forest is quite extreme, it often causes accidents to occur in this forest area. [sources/photo special]