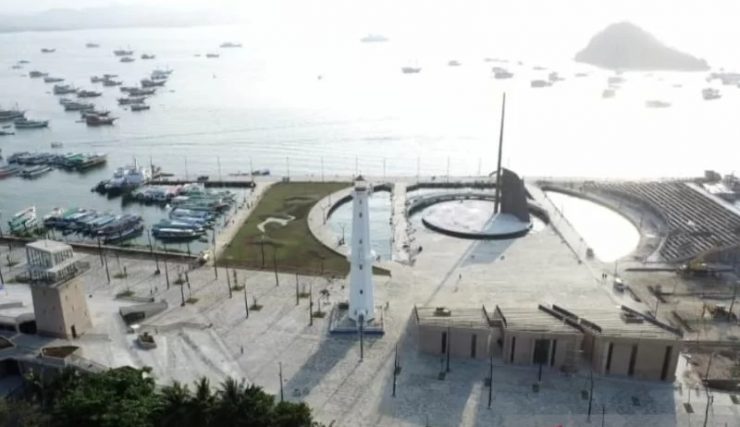 IN RECENT times, Labuan Bajo in East Nusa Tenggara (NTT) is like the prima donna of Indonesian tourism after Bali. So, it is natural that the tourist area with the main attraction of this endemic Komodo dragon is the center of attention of many parties.

This of course cannot be separated from the fact that Labuan Bajo has a lot of tourist attractions, it can even be said that almost every corner of its territory has a uniqueness that connects all the beauty from the beach, sea, hills, to savanna or meadows.

Not only that, Labuan Bajo is also rich in cultural diversity and local wisdom that is no less unique than its natural exoticism.

Because of this beauty and uniqueness, Labuan Bajo later became one of the Super Priority Destinations (DPSP) in Indonesia, in addition to 4 other DPSPs, namely Lake Toba in North Sumatra, Borobudur in Central Java, Mandalika in West Nusa Tenggara, and Likupang in North Sulawesi.

By making Labuan Bajo as a DPSP, the Ministry of Public Works and Public Housing continues to develop infrastructure for the Labuan Bajo National Tourism Strategic Area (KSPN) to become one of the premium tourist destinations.

This is in accordance with the direction of President Joko Widodo who wants to change the face of Labuan Bajo to make it more attractive to domestic and foreign tourists.

One of the destination development concepts applied in the area is the waterfront. This waterfront is one of the KSPN Labuan Bajo structuring programs and currently the infrastructure has been completed, ready for use and has been equipped with world-class and sustainable facilities with due regard to environmental aspects.

As a work unit under the Ministry of Tourism and Creative Economy (Kemenparekraf), the Implementing Agency for the Labuan Bajo Flores Authority (Flores) holds the cross-coordination function in order to accelerate tourism development in Labuan Bajo and also provides explanations regarding the progress and activation process of the infrastructure that has been built.

Ready to use
The Managing Director of the Implementing Agency for the Labuan Bajo Flores Authority (BPOLBF), Shana Fatina explained that until February 8, 2022, the construction and arrangement of the waterfront had reached 100% completion and currently his party together with related ministries and institutions are preparing several activations to fill the gap. the public space that has been built.

It is noted that progress has entered the stage of combining program activation and infrastructure, so that this public space can provide direct benefits to the community and can become a mandatory landmark attraction for Labuan Bajo.

Shana said that in the future all parties can use the public space as long as they follow the regulations and have a positive impact on the local community.

According to the concept, the waterfront is a public space, so anyone can use the waterfront area for activities, be it community activities and can be filled with events as long as they get permission from the waterfront manager, maintain cleanliness, and maintain all the facilities built around it.

As a building designed as a public space, BPOLBF together with relevant ministries and institutions strive to always involve local communities and encourage going global, one of Labuan Bajo’s iconic buildings.

The events that are made of course will always involve the local community and all hope that it can start from this waterfront.

“We have many interesting artistic and cultural products, we will develop Labuan Bajo as a quality and sustainable destination,” said Shana.

Shana also said that from the beginning the waterfront development process always involved the community.

When the waterfront was first designed, the local community was also involved, so a design like the one that is now ready emerged and is part of their aspirations.

This waterfront was actually built for the public, so people are encouraged to use it to the fullest, but of course they must follow the existing regulations, maintain cleanliness, and of course take care of the facilities that have been built together.

Engaging the Community
On a separate occasion, Head of the West Manggarai Regency Tourism Office, Pius Baut, SE appreciated the central government for building tourism supporting infrastructure in Labuan Bajo, one of which was the waterfront. He hopes that the management of the waterfront will soon be handed over to the West Manggarai Regency Government to be further managed by involving local communities.

Pius Baut also invited all parties including BPOLBF and all stakeholders to join hands to welcome the implementation of the G20 and take advantage of the G20 momentum throughout this year to improve the local community’s economy.

Meanwhile, the Chairman of ASTINDO Labuan Bajo, Ignas Suradin, also appreciated the Government which he said had great attention to Labuan Bajo and developed supporting infrastructure.

According to Ignas, the waterfront certainly adds public space for Labuan Bajo residents and tourists so that all residents have an obligation to maintain and care for it.

He also advised all parties to participate in preserving the environment and not to provide space for the development of vandalism, or illegal traders in the area, let alone changing its function into something outside its designation, for example for a place to dry clothes.

Waterfront in the future is certainly expected to add tourist spots, especially for the market segment of domestic tourists who want to take photo tours and historical tours of Kampung Bajo.

Therefore, it is necessary to promote productive activities and entertainment as tourist attractions provided by the government to fill the amphitheater that has been prepared at the port.

And no less important is the need to prepare cleaning and security officers so that the area becomes a safe and comfortable tourist spot to visit and free from garbage. [antaranews/photo special]