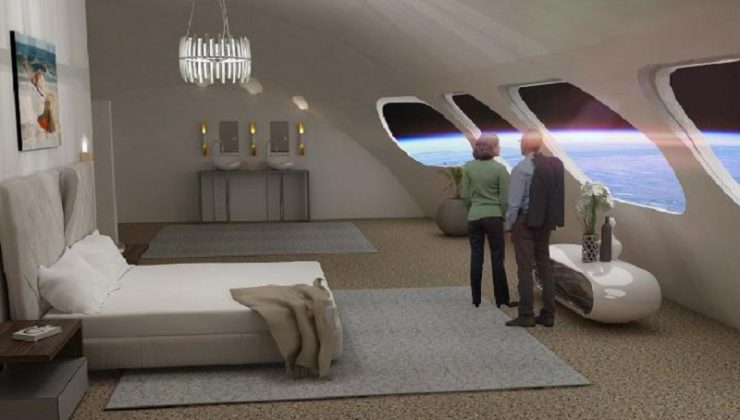 SPACE tourism may previously be just a fantasy. But lately, some of the rich and lucky have been able to go to outer space on high-tech aircraft. In fact, soon, there will be a space hotel.

The Californian company, Orbital Assembly Corporation, owns not one but two space hotels. The first hotel is planned to be up and running in early 2025. It is called

It will consist of five pods, arranged in a constantly rotating ring so that the hotel has a relatively normal level of gravity within it.

The second project is called Voyager Station and will be much larger than Pioneer. With a wider range of luxury suites, fine dining options and a basketball/trampoline area for people to frolic in low gravity. Voyager is planned to accommodate 400 guests.

Orbital Assembly has put together some project renders. If all this looks really exciting, the good news is that it could all be happening in the near future. Orbital Assembly wants the Pionner Station space hotel to be operational by 2025 – just three years away. [sources/photo special]