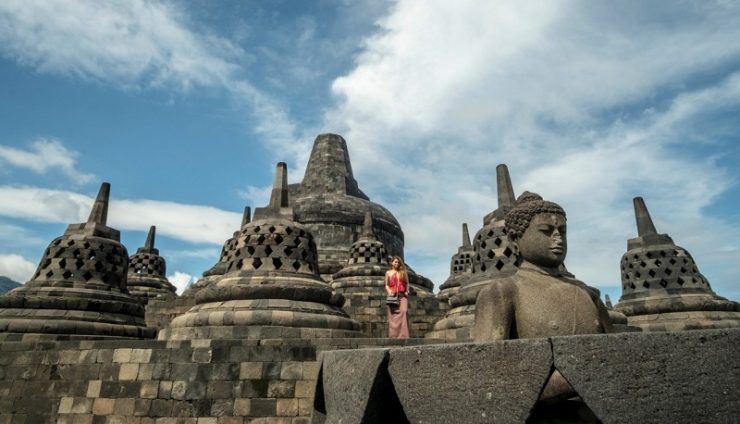 TECHNOLOGY-based education platform, Zenius, signed a Memorandum of Understanding (MoU) with the Ministry of Tourism and Creative Economy. This MoU covers the development and collaboration of Indonesian (RI) tourism marketing communication activities for the cooperation period until December 31, 2024.

Through the signing of the MoU, Tourism Ministry supports two documentary series produced by Zenius. The first is “Mahakarya” – a documentary that explores Indonesia’s hidden heritage from culture, traditions, and various heritage sites in each tourist destination.

The second content entitled “Kisah Rasa” is a mini-documentary series that reveals Indonesian identity through the culinary riches of the archipelago. The description of the story is presented in a 7-10 minute video, sourced from the culinary arts of the archipelago which is peeled through the philosophical meaning, history, ingredients, and spices used, to the nutrients contained in it.

“Creative tourism allows every human creator to present tourism values ​​through an approach that is not only entertaining but also educational. In this digital era, this approach should be supported to increase the value and attractiveness of the tourism sector while inviting tourists to understand the authenticity of local culture and the meanings contained in it,” said Ni Wayan Giri Adnyani as Acting Deputy for Marketing.

As part of the collaboration, Zenius will embed the Wonderful Indonesia logo as the official tourism promotion tagline from the Ministry of Tourism and Creative Economy in each episode of “Mahakarya” and “Kisah Rasa”. In addition, Zenius will have the opportunity to collaborate and support the development of tourism marketing communications and the creative economy from related parties.

As of now, both documentary series are in the production stage which is entirely done by the content production team of Zenius. In its implementation, Zenius opens opportunities for other partners to support the tourism sector to take part as partners in the development of Indonesian tourism under the umbrella of Wonderful Indonesia.

Meanwhile Zenius Founder and Chief Education Officer, Sabda PS said the two content of the documentary series “Masterpiece” and “Kisah Rasa” can be watched live on the Zenius Youtube account and the Zenius application which can be downloaded directly on the App Store and Play Store for free.

In addition to collaborating in two documentary series, in the future the Ministry of Tourism and Zenius will also work together in a tourism industry HR training program (hospitality training). The training provided is in the form of a series of practical skills that will be distributed to tourism industry players throughout Indonesia.

“It is hoped that with the combination of the content of the documentary series and the training, all of Indonesia’s priority tourist areas can be well prepared to welcome tourists from Indonesia and abroad,” Sabda PS. Concluded. [traveltext.id]

THE END of the year is the most awaited moment for travelers to welcome Christmas and New Year moments with holidays. The community also began to prepare plans for year-end holiday travel with family, friends or...

TOURISM IS BOOMING, NEARLY 1 MILLION PEOPLE ARE PLANNING A TRIP

THE WORLD of tourism is now getting back on track as travel regulations are loosened due to COVID-19. Travel and lifestyle platform promotion week in Southeast Asia, Traveloka, namely “Traveloka Travel Fair 11...