THE MINISTRY TIGHTENS PREPARATIONS AHEAD OF THE G20 PRESIDENCY IN BALI 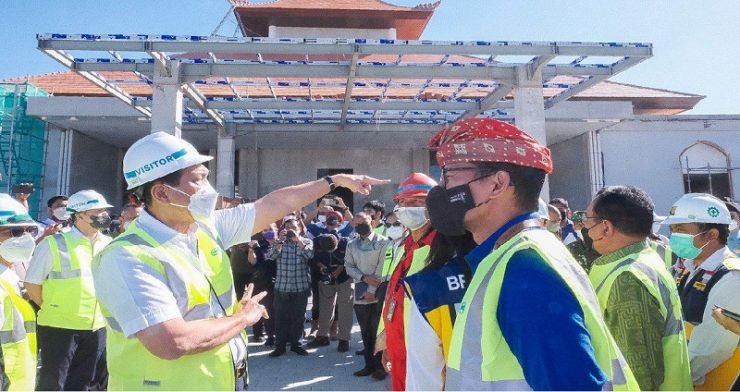 THE MINISTRY of Tourism and Creative Economy has begun to tighten preparations ahead of the G20 Presidency will be held in Bali.

According to the Minister of Tourism and Creative Economy, Sandiaga Uno after attending the ‘Coordination Meeting and Field Visit for the Implementation of the G20 Presidency’ with the Coordinating Minister for Maritime Affairs and Investment, Luhut B. Pandjaitan, said that we have just finished the G20 preparation coordination meeting, there are several main issues related to the G20, of course the preparation of the program assigned to us, as well as preparations for the 20 G20 member countries and 3 invited countries.

“This really must get the best service, so we have to increase this preparation and Luhut B. Pandjaitan has appreciated the hotel facilities in Bali, which are getting better than the previous G20 event, which took place in Rome, Italy,” he said.

Mr. Luhut explained earlier that he gave his appreciation to hotels in Bali including The Laguna which is currently undergoing renovations and he gave a score 2 levels better than Rome, Italy, which was the previous host of the G20.

On this occasion, Minister Sandiaga and Minister Luhut Panjaitan reviewed the progress of the construction of the VVIP terminal at I Gusti Ngurah Rai Airport to facilitate access for guests of the G20 Presidency, in November 2022.

“We reviewed the VVIP, starting from the flow process for the arrival of the country and its delegation to the hotel and activities here. We have prepared all of this and it has been explained earlier, it has reached the 80-90% stage,” Sandiaga remarked.

He explained, I hope that by October 2022 all infrastructure development can be completed. In addition, and I also hope that human resources for tourism and creative economy actors can be ready to welcome the international event.

“Hopefully, by October we will finalize it so that everything is structured, so that in November it will only be finalized. And, in preparing human resources, the capacity of these young people must be increased, so that our hospitality can be remembered well,” he concluded. [traveltext.id]