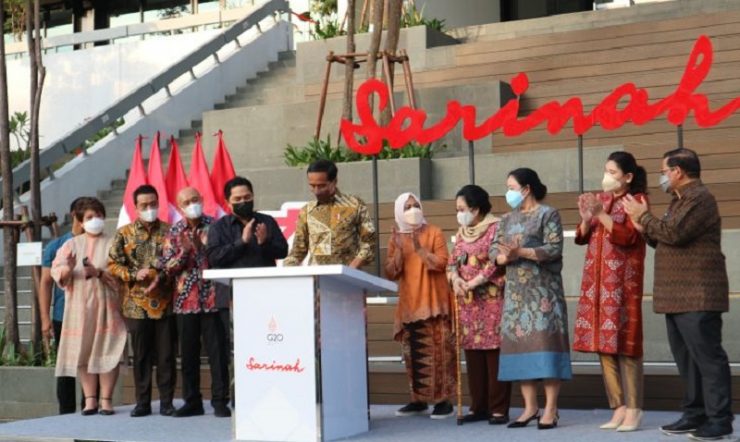 THE INDONESIA’S government intends Sarinah Mall to be a showcase for micro, small, and medium enterprise (MSME) products to show that local products are not inferior to foreign ones.

According to State-Owned Enterprises (SOEs) Minister Erick Thohir at the inauguration of the refurbished Sarinah Mall here on Thursday (7/14), stated that the revitalization has lent the mall a contemporary air by establishing a public space and inviting the community, cultural performers, and MSME players to utilize the facility.

“It is impossible to develop superior MSMEs and culinary products without involving the community, hence the mall has been revitalized to bridge creative people and superior products in an ecosystem that can be enjoyed by visitors,” he said.

Erick Thohir continued that we attempt to curate (MSME products), manage (them), and open the market (for them) — it can be a good (business) trend.  I expect the attempt to have a positive impact on products and MSME players.

After the revitalization was completed and the mall was officially opened on March 21, 2022, Sarinah Mall has been visited by 5 million people, with the total visitors per day reaching 40 thousand on average.

The minister said that the mall is a historic place, which was almost forgotten, although the building was initiated by the first Indonesian President, Soekarno, on August 17, 1962. Originally inaugurated on August 5, 1966, Sarinah Mall was the first shopping center in Indonesia.

“If we believe in our nation, our products, our people, (and) our local wisdom, certainly we can become an evolving force (for national development), for instance, the current (utilization of) Sarinah,” Thohir remarked.

He said that the SOEs Ministry will also develop small-scale MSME retail points, which he dubbed “mini-Sarinah,” at several airports across Indonesia so that more MSMEs can be promoted.

“We will encourage the establishment of ‘mini-Sarinah’ at airports to showcase Indonesian products. Hopefully, it will boost the number of MSMEs and (absorb) a large number of workers,” he concluded. [antaranews]