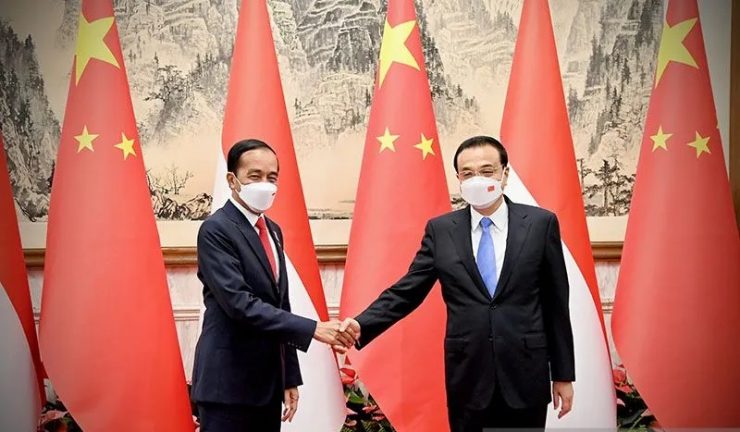 “In the meeting with Premier Li, I hope we can discuss various cooperations, especially in the fields of trade, investment, infrastructure, finance, funding, and maritime,” said President Jokowi at Villa 5, Diaoyutai State Guesthouse, Beijing, Tuesday (7/26).

In his introductory remarks, President Jokowi said that China is Indonesia’s strategic partner and the two countries have succeeded in filling the partnership with mutually beneficial cooperation.

Jokowi added that the value of trade between Indonesia and China continues to increase and has already exceeded US$100 billion. He hopes that this cooperation can continue to be improved.

“The opportunity to increase the number of trade is very large,” said President Jokowi.

During the meeting, the Chinese side expressed a commitment to increase imports of crude palm oil (CPO) by 1 million tons from Indonesia. In addition, China will also prioritize imports of agricultural products from Indonesia. The two leaders also discussed cooperation in the development of the Green Industrial Park in North Kalimantan.

Foreign Minister Retno Marsudi said President Jokowi’s visit to Beijing was the first visit since the Winter Olympics in Beijing in early 2022.

“The main focus of the meeting of the two leaders is to increase mutually beneficial economic cooperation,” said Retno.

GOV’T CALLS FOR PENTAHELIX COLLABORATION FOR TOURISM IN MANGGARAI

IN THIS day and age, the Digital nomad visa is one of the fantastic trends that many countries are giving away. With the Digital Nomad Visa, many people with manageable jobs from anywhere in the world can now move to...