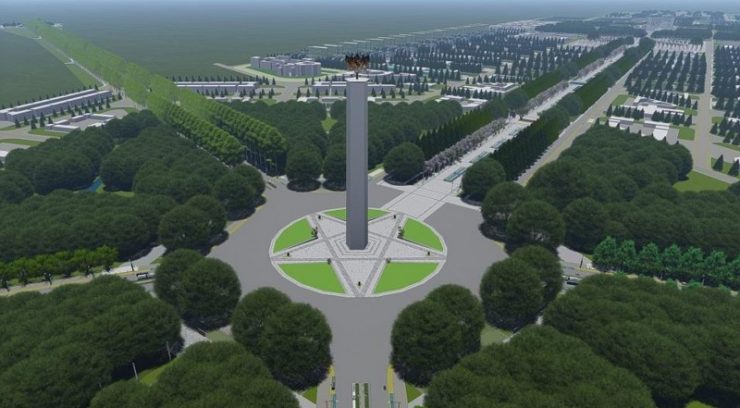 THE NUSANTARA Capital City (IKN) can restore Indonesia’s glory as the lungs of the world by being environmentally friendly or having green infrastructure.

According to Head of Indonesia’s Nusantara Capital City (IKN) Authority Bambang Susantono made the statement during a webinar accessed here on Thursday (8/18).

“We will restore the glory of Indonesia as the lungs of the world,” he remarked.

He said that IKN will be even greener, as the IKN Authority will conduct reforestation, wherein almost two-thirds of the 256 thousand hectares of land will be restored into jungles or tropical forests.

Susantono said the IKN forests will thus have the potential to absorb carbon.

He noted that forests, with their plasma nutfah, or germplasm, and biodiversity can absorb CO2 emissions, thereby serving as carbon sinks.

“From the implementation stage to the development stage and so on, we want that IKN is a city that can be relied on in terms of the environmental quality,” the IKN Authority Head affirmed.

He also expressed optimism that if the environmental quality is better, life would be healthier, and thus, people residing in IKN Nusantara will be more productive.

IKN Nusantara, which is planned to be a green city, is expected to become a new benchmark of urban development in Indonesia.

“We will build IKN Nusantara as a globally connected, locally integrated city. This is an example of how we always interact and collaborate in the future. My hope, as head of the IKN Authority, is that construction of this country’s new capital would run well,” Susantono stated.

DOMESTIC BEAUTY PRODUCTS ARE IN HIGH DEMAND, NOT INFERIOR: MINISTER

TOURISM and Creative Economy Minister Sandiaga Uno drew attention to the fact that beauty products in Indonesia were in quite high demand while affirming that they were, by no means, inferior to foreign brands...