SUPPORTING THE IMPLEMENTATION OF EXPERIENCE RI 2022 IN THE UK 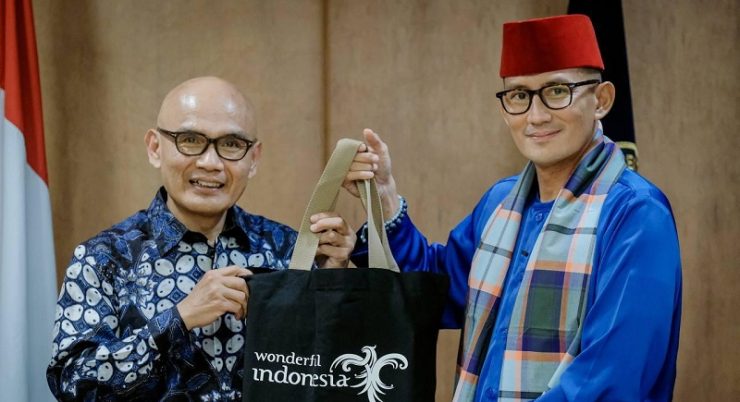 THE MINISTRY of Tourism and Creative Economy stated that it was ready to support the implementation of Experience Indonesia (RI) 2022 which was initiated by the Embassy of the Republic of Indonesia to the United Kingdom and Ireland and the International Maritime Organization in the UK.

According to the Minister of Tourism and Creative Economy, Sandiaga Uno in an audience with the Indonesian Ambassador to the United Kingdom concurrently Ireland and the International Maritime Organization, Desra Believe at the Sapta Pesona Building, Central Jakarta, Tuesday (8/23), said that in the international market, the UK is one of the a very potential market for Indonesia’s tourism and creative economy.

“United Kingdom is very strategic, in the future tourists from the UK will have enormous potential. The event, which will be held on 6-9 November 2022, is expected to be a momentum for the promotion of the Indonesian tourism sector in the UK market. Hopefully this event will open the way we go forward,” said Sandiaga.

“The activity is back to back with the World Travel Market. Besides that, Indonesia is not well known to the British public because Indonesia’s history is not a British colony,” said Desra.

Desra explained that the Experience Indonesia series of events will be filled with “Indonesia Day” activities, namely Indonesian culinary and cultural exhibitions and various other events. So, I also invited the Minister of Trade and Industry to come to England to attend the event. [traveltext.id]