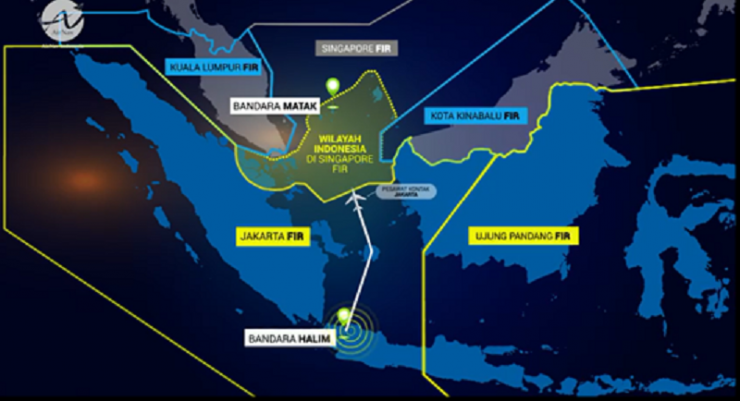 INDONESIA has officially taken the Riau Archipelago’s airspace from Singapore. This was marked by the signing of the Presidential Regulation concerning the Ratification of the Flight Information Region (FIR) Agreement.

President Joko Widodo said the current FIR area is 249,575 square kilometers. This will increase the assurance of flight safety and security.

“This agreement is a step forward for international recognition of Indonesia’s airspace,” Jokowi said in a video published on Thursday (9/8).

In addition, the seizure of the Natuna and Riau Islands airspace will increase Non-Tax State Revenue (PNBP). Not only that, the FIR adjustment will be a momentum for modernizing aviation navigation equipment and developing Indonesian human resources.

Meanwhile, international flights from Hong Kong to Jakarta when crossing Indonesia in Natuna waters must contact the Singapore flight navigation operator. Then, the flight will be served by AirNav Indonesia when it enters FIR Jakarta.

After FIR adjustment, the aircraft can be serviced by AirNav. Meanwhile, aircraft flying at FIR Jakarta are served with satellite technology and digital communications.

“This shows that Indonesia is a country that can truly regulate itself,” he concluded. [katadata/photo special]