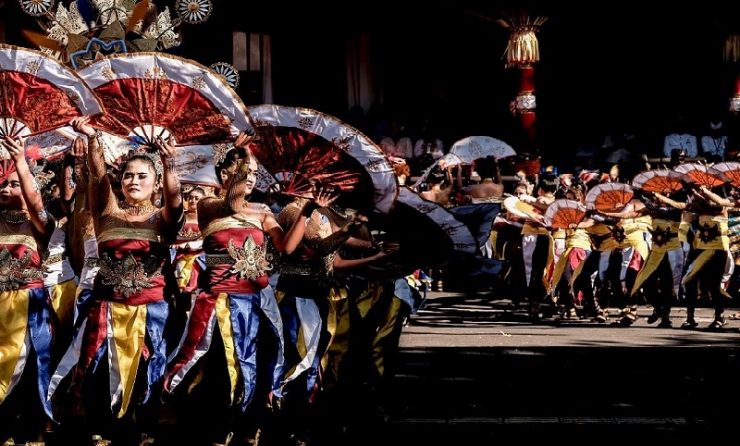 THE MINISTRY of Education, Culture, Research, and Technology of Indonesia mobilizes commitment to recovering global arts and cultural sectors through the G20 Culture Ministers’ Meeting (G20 CMM) in Magelang.

Minister of Education, Culture, Research, and Technology Nadiem Anwar Makarim who chairs the G20 CMM commented that Indonesia is committed to encouraging global gotong-royong (collaboration) in practicing sustainable living, and in accelerating empowerment and development of the cultural economy.

“The pandemic has greatly affected the arts and cultural sectors. That is why we continue to promote the realization of the Global Arts and Culture Recovery Fund (GACRF), initiated by the Indonesian Presidency. It is our hope that discussions on the global fund will be continued by India as the next G20 host country,” Minister Nadiem explained.

In addition to the Senior Official and Ministers’ meetings, the Ministry will also invite delegates and public to participate in various cultural events held in the Borobudur Temple Compound and its surrounding, including Ruwatan Bumi (Earth Healing Ritual), which is a combination of ritual ceremonies presented in a contemporary performance that involves traditional elders and vocal-based art groups from various regions in Indonesia.

General Director of Culture of MoECRT, acting as G20 Culture Ministerial Meeting Coordinator, Hilmar Farid, hoped that through these series of cultural events, “Delegates may learn from sustainable living practices embedded in Indonesian tradition as answers to global challenges in economic and environmental issues”.

Through this year’s G20 Presidency, the MoECRT leads the discussion on five priority agenda of the cultural sector, namely the role of culture as an enabler and driver for sustainable development; and the economic, social and environmental benefits of culture-based policies.

Then, the efforts to safeguard culture as a common concern and to strengthen the fight against illicit trafficking of cultural property; the importance of widespread legitimate access to the cultural products and the benefits of cultural economy; and the mobilization of international resources for sustainable recovery through the initiation of the Global Arts and Culture Recovery Fund (GACRF). [antaranews/photo special]