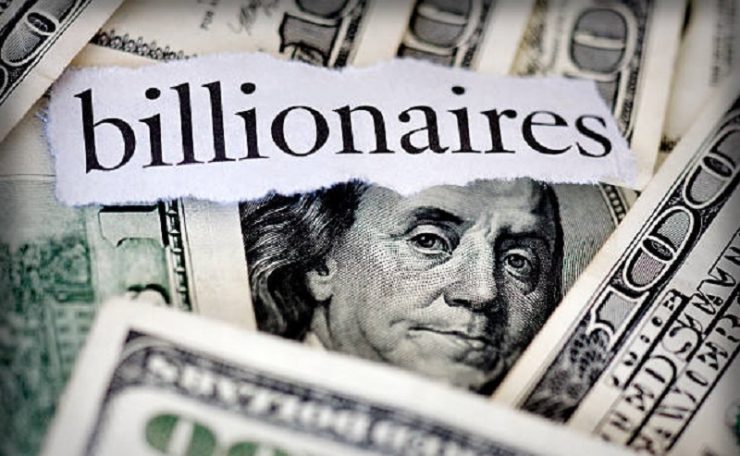 ALTHOUGH the list of the 10 richest people in the world is always dominated by billionaires from the US, in reality the majority of the world’s billionaires come from the Asian continent. The Forbes Real-Time Billionaires list released last week shows that Asia has 951 billionaires, far more than any other region.

North America only has 777 billionaires and Europe 536 billionaires. If classified by country, the US ranks first with 719 billionaires followed by China with 440 and India with 161 people.

The ten ASEAN member states have a total of 114 billionaires, Taiwan has 45, South Korea 28, and Japan 27. Forbes data also shows that developing countries now make more billionaires than Europe and the US did in the 19th and 20th centuries.

This phenomenon cannot be separated from advances in communication technology and globalization. China and India are important players in increasing the number of billionaires in Asia. The Global Wealth Report released by Credit Suisse in September found that the value of assets owned by the top 1% of the richest people jumped 11 times in India and 34 times in China between 2000 and 2021.

Meanwhile, the US and Japan only grew 3.6 times and 1.2 times in the same period, respectively. Soichiro Matsumoto, chief investment officer at Credit Suisse Wealth Management in Japan, cited rising real estate prices as the main driver of wealth accumulation by Asians.

“The people who rank high on the rich list are mostly business owners with large stakes in global companies, not real estate,” Matsumoto said, as quoted by the Nikkei.

Currently Asian billionaires are facing some of the adverse effects of monetary policy tightening, such as falling stock prices and an appreciating dollar. This has brought the number of people in the Forbes Real-Time Billionaires down to 245 within six months.

Asia lost 126 names, while North America lost 27. But the reduction still could not revoke Asia’s title as the owner of the most billionaires in the world. [sources/photo special]