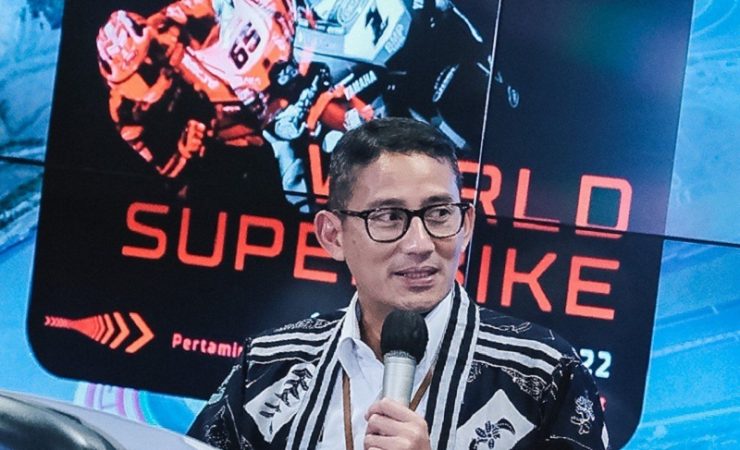 Minister Sandiaga Uno, in weekly press briefing recently, stated that preparations for implementing the WSBK 2022 were underway with Dorna Sports, MGPA, ITDC, the NTB provincial government, and all related parties.

“I praise the preparations that are being carried out well, including the West Nusa Tenggara Provincial Government along with the local government, stakeholders, the tourism industry in West Nusa Tenggara (NTB), and many parties in preparing for this event,” Sandiaga noted.

He added that the Ministry of Tourism and Creative Economy had earlier signed an agreement with Dorna Sports, as promoter and holder of the WSBK license, for the 2022 WSBK implementation at the Mandalika Circuit.

“Three weeks ago, we signed with Dorna for the implementation of this WSBK, and they really laud how good the coordination is with ITDC, MGPA, and the Ministry of Tourism and Creative Economy,” Sandiaga remarked.

From the various preparations, one of the concerns of Dorna Sports and the International Motorcycle Sports Federation is the improvement of the circuit track, specifically improving the main track surface by re-paving the track; adding run-offs at several corners, specifically 10, 11, and 12; as well as changes to the kerb on some corners to increase safety standards.

“They are very enthusiastic about the implementation in Indonesia, and with the circuit that is also continuously being improved, they are already happy and consider it to be in accordance with the standard. After the development of MotoGP and WSBK, of course, there will be more fans of motorcycles in Indonesia,” he concluded. [traveltext.id]