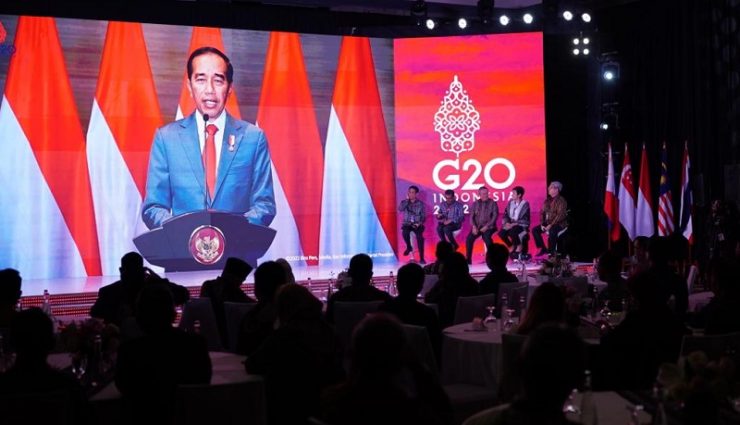 INDONESIA’S President Joko Widodo (Jokowi) praised the cooperation regarding the implementation of cross-border digital payments in five ASEAN countries, Indonesia, Singapore, Thailand, Malaysia, Thailand and the Philippines. The signing of the memorandum of understanding proves that the five countries are capable of being one step ahead compared to other countries.

“I support this regional payment connectivity initiative to continue to be expanded to the global level. As a concrete form of implementation of the roadmap for enhancing cross-border payments (roadmap for cross-border payments) of the G20 countries,” said Indonesian President Joko Widodo in virtual remarks at the signing ceremony. memorandum of understanding (Memorandum of Understanding/MoU) Advancing Regional Digital Payment Connectivity, which was held in Bali, Monday (11/14).

The President said digital payments across ASEAN countries were a concrete manifestation of the commitment to digital transformation, one of the points of agreement of the G20 countries, which is the key to sustainable economic recovery. Mainly the economic recovery makes it strong in an inclusive and collaborative manner.

“Because the ease of access to payments will have a major impact on the economy, especially the tourism, trade and MSME sectors, so that it will accelerate a stronger and more inclusive economic recovery,” said President Jokowi.

Meanwhile, the Governor of Bank Indonesia, Perry Warjiyo, in his opening remarks said that the signing of the MoU on cross-border payment system connectivity between the five ASEAN countries was a dream come true. This signing is a legacy that will be passed on to the next generation and rewrite history

“Today is the third agenda of the G20. Today, we are witnesses because this is not only the signature of a Memorandum of Understanding, but also rewriting history. The history of digital. This is a dream that the central bank has long wanted to realize,” he said.

“Standard QR, fast payment, and local currency will soon be connected to each other. Wherever we go to ASEAN countries, we can use QR. We can use the Indonesian Standard QR which is now in force in Thailand and will soon be running in Malaysia. and Singapore, and the Philippines. That would be a very fast and easy payment.

Second, the MoU that was signed today realizes the wishes of all the people of Southeast Asian countries, which number up to 500 million people. Most of that number are women and young people. “We make a legacy through being utilized to help women and young people. We create connections not only about money, but for a better life,” said Perry.

Third, continued Perry, the agreement reached by the five ASEAN countries is an initial step to enter the larger digital world, namely from Asia to the global. “We also talk about central bank management. This will be the newest central bank going forward, namely the digital currency central bank,” said Perry.

Likewise, Revi Menon and Nur Shamsiah praised Perry Warjiyo’s leadership in realizing this cross-border digital payment connectivity. Moreover, this was initiated two years ago and has only just been realized to coincide with Indonesia as the G20 Presidency.

Likewise, several industry players who were present at the signing of the MoU were proud and grateful for giving them good wishes. Cross-border payments, according to them, make transactions easier and faster. [sources/photo special]