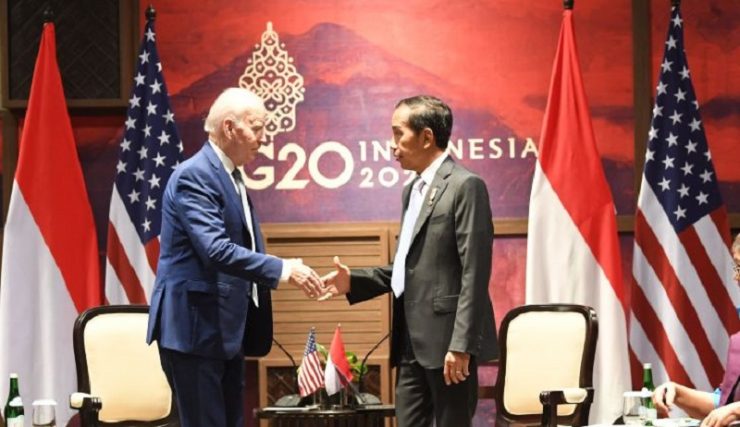 INDONESIAN President Joko Widodo stated that collaboration between the G20 countries was urgently needed to save the world which was facing extraordinary crisis challenges. The crisis has an impact on food, energy and financial security which is felt by the world, especially developing countries.

“We have no other choice. A collaborative paradigm is urgently needed to save the world. We all have a responsibility, not only for our society, but also for everyone in the world,” said President Jokowi during his speech at the Session I meeting of the Summit G20, at The Apurva Kempinski Hotel, Nusa Dua, Bali, on Tuesday (11/15).

President Jokowi’s opening speech started the meeting which was attended by G20 countries as well as invited guests from countries and international institutions. The current world challenge, said the President, is the result of various crises, starting from the COVID-19 pandemic, sharpening rivalries, to the wars that have taken place.

President Jokowi stressed that the world’s nations are responsible, which means consistently respecting international law and the principles of the United Nations (UN) Charter. Also responsible for creating situations that benefit both parties.

Furthermore, President Jokowi said, we should not divide the world into several parts. And, he continued, must not let the world fall into another cold war.

The President said Indonesia has 17,000 islands, 1,300 ethnic groups, and more than 700 regional languages. Democracy in Indonesia runs from village head elections at the village level to presidential elections. For this reason, the President encourages the G20 to have the same spirit of dialogue to bridge differences.

“As a democratic country, Indonesia is very aware of the importance of dialogue to reconcile differences, and the same spirit must be shown from the G20 meeting,” he concluded. [antaranews]

PRESIDENT Joko Widodo (Jokowi) stated that Indonesia is ready to receive guests and hold the G20 Summit which will be held on 15-16 November 2022 in Bali Province. The statement was delivered by the Head of State after...