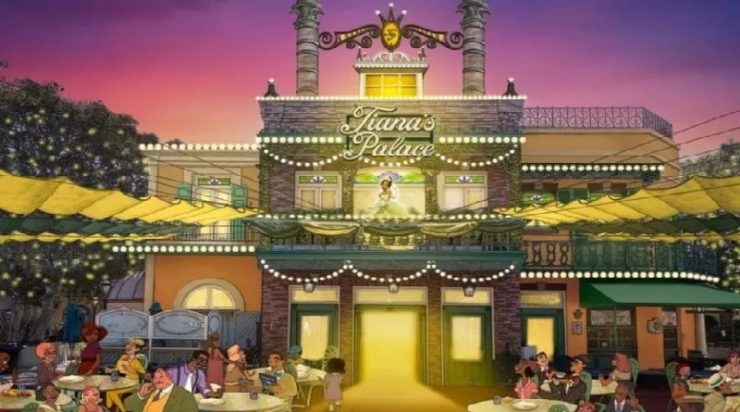 DISNEYLAND New Orleans Square will be undergoing renovations to present Tiana Palace. On Thursday (01/13), 2023, Disney announced that the French Market Restaurant in the area would be reimagined as the Tiana Palace, inspired by the princess’s dream restaurant from “The Princess and the Frog”, as reported by People, Friday (01/14).

The current venue will be closed from February 17, 2022 along with Mint Julep Bar, and will reopen as Tiana Palace (with the same bar) later this year.

The French Market Restaurant was the perfect setting for Tiana’s dream dining venue because the designers who worked on “The Princess and the Frog” used the real-life restaurant’s exterior as inspiration when they dreamed up the fictional Tiana Palace in the film.

According to the Disney Parks blog, Tiana’s Palace will have new pizzazz as well as Tiana-approved food from the movie. Tiana’s Palace will open next to the new Eudora’s Chic Boutique featuring Tiana’s Gourmet Secrets, the shop Tiana opened with her mother in the film.

Disney Imagineers teamed up with the Disney Animation artists from the film to bring the essence of “The Princess and the Frog” to Disneyland.

“Within the peach-coloured walls and luxe green wrought-iron balconies, you’ll find elegant fixtures and appointments reminiscent of Tiana’s life and friendship. This is just one part of Disney’s plan to expand Tiana’s world at Disneyland and Disney World,” the blog said.

The blog explained that Tiana’s Bayou Adventure” will replace the Splash Mountain ride at Disneyland and Disney World’s Magic Kingdom. The ride will open in late 2024, allowing guests to travel following Tiana and her friends in their preparations for Mardi Gras.

The announcement of Splash Mountain’s 2020 reimagining comes weeks after several petitions urged Disney to change the theme of the popular ride.

In September 2022, a large model of the “Princess and the Frog” themed attraction was put on display in the Disney Parks and Experiences Wonderful World of Dreams pavilion at D23 Expo. [sources/photo special]