NO DECLINE IN VISITING OF FOREIGN TOURISTS AFTER CRIMINAL CODE PASSED 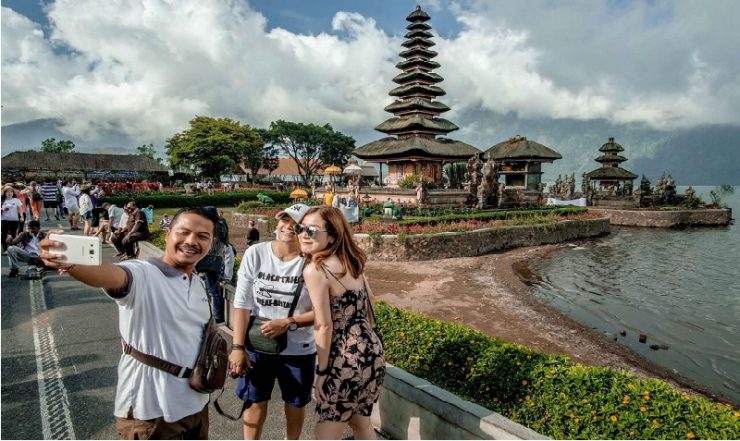 NO DECLINE had so far been recorded in the number of foreign tourists visiting Indonesia after the passage of the new Criminal Code (KUHP) in December 2022, Tourism and Creative Economy Minister Sandiaga Uno stated.

“Based on the data that we received, as of today, there has been no decline in the number of foreign tourists. Indeed, there were many questions, and we have given many explanations, and we will continue to give explanations,” the minister noted at the Indonesia Tourism Outlook 2023 event held here on Wednesday (01/18).

He emphasized that despite facing limitations, his ministry will strive to achieve the target of 7.4 million foreign tourist visits in 2023 through innovation, adaptation, and collaboration. The minister believed that the new criminal code that had been ratified will not affect investment in the tourism and creative economy sectors in Indonesia.

He also invited various parties to unite to promote that Indonesia is open to tourists and to ensure the comfort, safety, and enjoyment of tourists. On December 6, 2022, the House of Representatives (DPR) passed the Criminal Code Bill into law during a plenary session of the parliament.

One of the articles in the criminal code that drew the attention of the public is the article that regulates adultery.

Earlier, spokesman of the Dissemination Team of Indonesia’s New Criminal Code, Albert Aries, clarified that in the new criminal code, only the perpetrator’s spouse, parents, or children could file complaints against adultery.

Aries affirmed that people’s privacy is still guaranteed by law in Indonesia, of course, without reducing respect for the country’s values. To this end, foreign tourists and investors need not harbor concerns about visiting and investing in Indonesia. [antaranews/photo special]