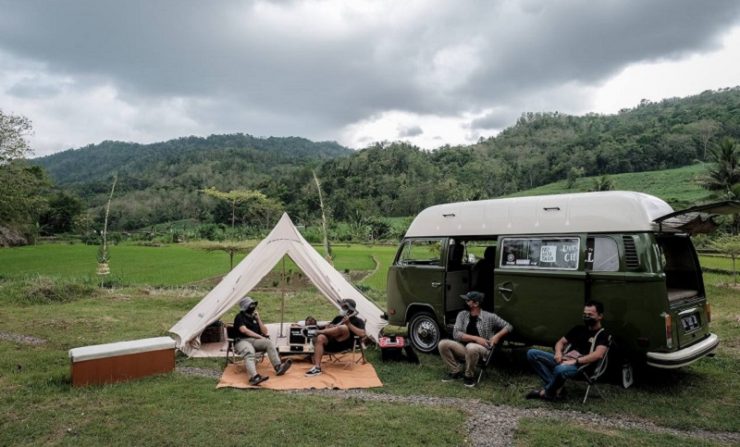 THE INDONESIA’S Ministry of Tourism and Creative Economy believes that spontaneous tourism, which is the current trend for tourists deciding to travel, will accelerate the achievement of the target of 1.4 billion movements of domestic tourists in 2023 with a tourism GDP contribution value of above 4%.

According to the Minister of Tourism and Creative Economy, Sandiaga Uno from the Sapta Pesona Building, Monday (01/16), 2023, said spontaneous tourism occurred due to the easing of PPKM regulations and ease of domestic travel (PPDN) and foreign travel (PPLN) being a factor incentive for tourists to travel at any time or spontaneously.

“Spontaneous or ordinary tourism, which is known as instant tourism, is increasingly being triggered by the easing of implementation of restrictions on community activities (PPKM) rules. We want spontaneous tourism to be our momentum to make policy decisions so that we can adjust them,” said Sandiaga.

Quantitatively, the trend of spontaneous tourist trips makes a significant contribution in encouraging the movement of domestic tourists. Therefore, Sandiaga appealed to the availability of transportation seats such as airplanes and trains to be increased.

The Tourism Ministry will continue to coordinate with the Ministry of Transportation and various parties related to increasing the availability of seats both from outside and within the country. As well as increasing the capacity of land transportation (rail, bus) and sea.

“The Minister of Transportation, Budi Karya Sumadi said that the recovery rate for domestic flights has reached 71% while the total demand is not yet optimal, still 40% to 50%. Meanwhile, flights to and from the country have reached 33% during the pandemic recovery,” Sandiaga remarked.

Tourism villages are expected to become the main destinations for spontaneous tourists. Given that during the Christmas and New Year holidays, tourist villages are the choice of many tourists.

“So later we hope that these products can display tourism promotion, so that later if someone washes their hands they see that there is a product that is immediately interested in traveling, sees an empty schedule to go, if there is a meeting, change the meeting to a virtual meeting,” he stated .

On this occasion, Minister Sandiaga also conveyed the national holidays discourse as one of the efforts to achieve the target of 1.4 billion domestic tourist trips in 2023. He said that the optimization of pinch holidays had been submitted to the Indonesia’s Ministry of Administrative Reform and Bureaucratic Reform.

“We have also submitted it to the Ministry of Administrative Reform and Bureaucratic Reform; indeed, it is in Deputy for Strategic Policy of Tourism Ministry, how can we start this year maybe with a few first, not all holidays. For example, holidays that fall on Saturday are put forward on Friday or pushed back on Monday if they fall on Sunday. Meanwhile, if religious celebrations can be on the day itself. This impact can be increasingly seen from the longer time it takes to carry out tourist movements,” he added.

He is optimistic that having a day off on cramped days can increase productivity and make the mind fresher. And it has been proven through studies that after the long weekend it returns fresh and the productivity is higher, and that already has references from the science. [traveltext.id]