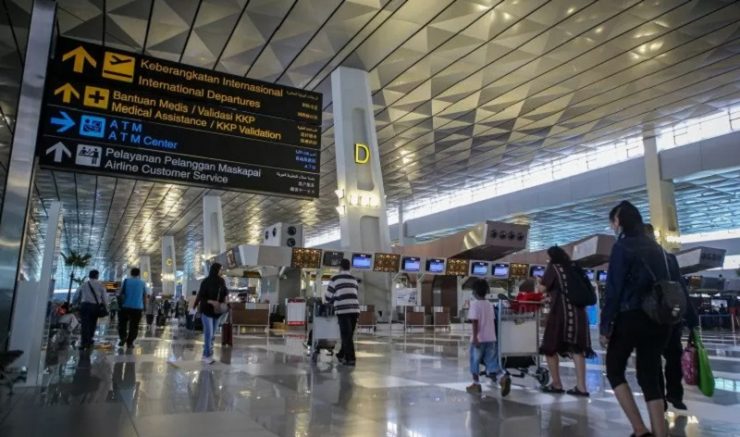 CHINESE New Year 2023 plus joint leave days, Soekarno-Hatta Airport (Soetta) was packed with hundreds of thousands of passengers who wanted to take a vacation. Moreover, the COVID-19 pandemic situation is getting slower in Tangerang, especially Indonesia and the removal of the Enforcement of Restrictions on Community Activities (PPKM).

This also supports the increase in passenger crossings, especially on international flights. Based on data obtained from the Soekarno-Hatta Airport TPI Special Class I Immigration Office, from January 14-23, 2023 there were 312,414 people crossing into Indonesian territory.

In detail, there were 162,722 people entering Indonesian territory, and 149,692 passengers leaving Indonesia through Soekarno-Hatta Airport.

“From this data, we can assume that more people choose a vacation in Indonesia, it could be because they are returning home, to meet with family to celebrate this holiday,” explained Muhammad Tito Andrianto as Head of the Immigration Office Class I Special TPI Soekarno-Hatta Airport, Tuesday (01/24), 2023.

Not as busy as arrivals, departure traffic peaked on January 21, 2023 with 12,275 citizens. Meanwhile, the peak of foreigners leaving Indonesian territory occurred on January 19, 2023 with 5,177 travelers.

Meanwhile, during the same period, foreigners from Malaysia topped the list with 5,717 passengers entering Indonesia through Soekarno-Hatta Airport. Followed by second place foreigners from China with 5,146 passengers.

“Until now, two neighboring countries, Malaysia and Singapore, have been the origin countries of foreigners passing in and out of Indonesia who consistently fill the top five, perhaps because they are the closest in location and the cheapest in cost, and until now only ASEAN is visa-free, while other countries also take advantage of VOA users to enter Indonesian territory with 24,581 foreigners entering Indonesian territory using VOA, this is almost half the number of foreigners entering in the same period,” concluded Tito.

Based on this data, his party assumes that foreign nationals who enter and leave Indonesian territory are indeed on vacation for Chinese New Year. [sources/photo special]

THE QUALITY of transportation infrastructure in Bali Province continues to be improved. In 2023, the Ministry of Transportation will expand the capacity of Ngurah Rai Airport to 35 million passengers per year. According...