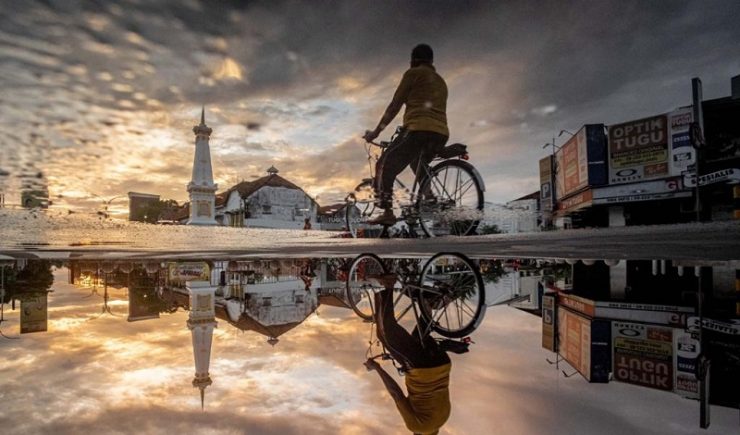 THE MINISTRY of Tourism and Creative Economy offers an opportunity to the provincial, city, and district governments in Yogyakarta Province to expand the trial opening of tourism attractions during the COVID-19 pandemic.

“We will certainly support it with the integration of the PeduliLindungi application,” Minister of Tourism and Creative Economy Sandiaga Uno stated during his visit to Yogyakarta’s Rejowinangun Tourism Village, on Friday (10/8).

According to Minister Sandiaga said the trial opening of tourism destinations during the COVID-19 pandemic was conducted on the basis of submissions or proposals from the regions. Currently, seven tourism attractions in Yogyakarta have officially undergone trials for opening during the COVID-19 pandemic. All these attractions are also equipped with a QR Code from the PeduliLindungi application.

“Expansion of the trial opening of tourism attractions could be part of the efforts to revive the economy by supporting the tourism sector battered by the COVID-19 pandemic. Hence, if there is an official application from the government for the opening of a tourist attraction, we will process it according to the rules,” Sandiaga stated.

Meanwhile, Head of the Yogyakarta City Tourism Service, Wahyu Hendratmoko, remarked that the provision of a QR code connected to the PeduliLindungi application is an obligation that must be fulfilled by tourism object managers.

“The requirement to obtain the code is to have met the Cleanliness, Health, Safety, and Environmental Sustainability (CHSE) certification. Currently, the Ministry of Tourism and Creative Economy provides CHSE certification for free that can be used by tourism object managers, including hotels and restaurants,” Hendratmoko pointed out.

He explained that we encourage all tourist attractions to immediately follow the certification process. The certification begins with an independent assessment and it is then uploaded to the system and later there will be a verifier, who will conduct a direct assessment. The results are later submitted to the ministry to issue a CHSE certificate.

Currently, several managers of tourism attractions have participated in the certification, including “Taman Pintar,” which falls under the management of the Yogyakarta city government.

“Taman Pintar has passed the verification but has not yet received the CHSE certification, so it cannot yet be submitted to have the QR Code for the PeduliLindungi app. In addition, the government is currently prioritizing outdoor attractions while Taman Pintar belongs to the indoor ones,” he stated.

He later noted that it was difficult for the Malioboro area to get the CHSE certification since there were too many shops in one area that had to be certified individually.

“Actually, Malioboro is not a tourist spot but a tourist area. Hence, currently, we are discussing policies that will allow the area to remain safe and comfortable, such as the tourist in-and-out mechanism that complies with health protocols,” he added. [antaranews/photo special]